The chocolate boy chooses the Horror Route through twitterati 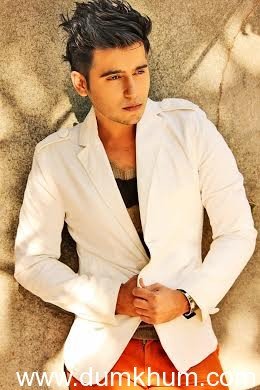 Aditya Singh Rajput, an avid user of social media apparently bagged a role in the Horror flick through a mere conversation on twitter, “Vishal sir happened to post something to which I reverted & I bagged a role in his directorial next, but it was only after auditioning that I got selected over other 100 aspirants. Not revealing much, I play this college jock in the movie.”

Working with Vishal Mahadkar whose earlier release was Blood Money, Aditya quips, “ Working on 3:AM with Vishal Sir has been pretty much fun, we are shooting at this so called haunted mill compound in Mumbai, I’m a fan of this genre so taking immense interest in the entire film making process.” After having over 150 ads, Aditya chooses to take the Horror route, “It is definitely different from shooting for a TVC, We keep playing pranks on the sets, and I have grown up watching horror movies so shooting for one such flick gives me this adrenaline rush. My favorite horror movies are Veerana, Evil Dead, Orphan & the Conjuring. I’m pretty excited to myself on the big screen.”

3:AM is produced by Essel Vision (Makers of the movie Lunchbox) & Handprint Pictures directed by Vishal Mahadkar.