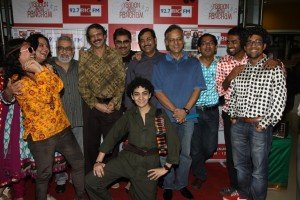 India’s No. 1radio network and the Radio Broadcaster of the year awards at Golden Mikes; 92.7 BIG FM today concluded one of itsmost popular late night shows ‘YAADONMEIN PANCHAM’ on his birth anniversary. The show was hosted by the veryvibrant RJ Rajkumari who rekindledfond memories of late R D Burman amongst the listeners through his evergreensongs, anecdotes and bringing to life the experiences of the people who workedclosely with the legend. The conclusion to the celebration of his unforgettablemusic was brought about by veteran playback singers Shailendra Singh, SudeshBhosle, Kumar Sanu, Neeraj Sridhar, Lyricist Sameer and film journalist ChaitanyaPadukone. Thecelebration saw the singers and lyricists come together to sing some of PanchamDa’s most unforgettable tracks and recalled their fond memories and experienceswith the music maestro. The show was an ode to the legend and phenomenon calledRD Burman which brought to life experiences of people who worked closely withhim along with some great music of his. Reaching across 5 million listenerseach week across the 29 stations in the HSM of 92.7 BIG FM the show succeededin reviving the old memories on air. 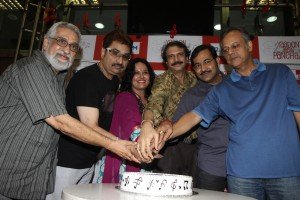 Theevent concluded with the announcement of “Lajawab Lata”, in the late night slot.The new show promises to recreate equivalent magic with the music of legendaryplayback singer Lata Mangeshkar. The format remains unchanged with two hours ofLata Mangeshkar’s songs, untold stories from her contemporaries, musicians oftoday and the filmmakers she has worked with over the years.

Commentingon the occasion Company Spokesperson said “YaadonMein Pancham recreated and brought back the good old golden days of RDBurman and his memorable music. We at BIG FM bring music, concepts and showsthat cater to different people with varied interests and tastes. RJ Rajkumariwill now move on to celebrate the legendary Lataji in her new show Lajawab Lata.We are sure Lajawaab Lata will create greater excitement amongst our avidlisteners.” 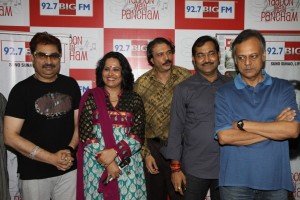