The Awards start pouring in for Priyanka Chopra. 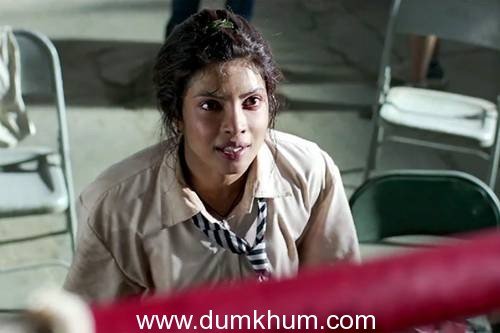 Redefining the term SHERO, actress and international recording artist Priyanka Chopra is in the best phase of her career having made box office history as her recent blockbuster Mary Kom , was the highest opening ever garnered by a female-driven film.

On the occasion said Priyanka Chopra, “Thank you Priyadarshini Academy for the prestigious Smita Patil memorial award for #MaryKom ! I’m overwhelmed and humbled”.

Priyanka Chopra was then honored with the “Award for Excellence” and “Excellence in Different Fields” at the GQ Awards 2014 courtesy a solid performance in Mary Kom, her fighting spirit and her undeniable talent in terms of films, music and her philanthropic initiatives.

“Thank u GQ for the award for excellence. It’s all I strive for..” added Priyanka Chopra.