The award-winning doc ‘The World Before Her’ presented by Anurag Kashyap succeeds in raising over 55,000 Canadian dollars through crowd-funding 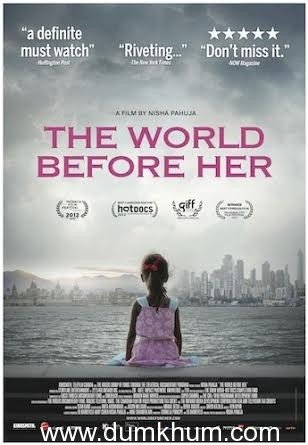 Mumbai: Nisha Pahuja, the writer-director-co-producer of the much talked about and award-winning doc ‘The World Before Her’ is a happy woman. She along with her Toronto based partners Mariam Zaidi and Farzana Haque have exceeded their target of raising  50,000 Canadian dollars toward the India campaign of the film. As a part of the India campaign, Nisha will be taking the film, presented by Anurag Kashyap, across the country. The goal is to increase awareness about women’s rights issues in India especially female foeticide and infanticide.

Former Miss India Pooja Chopra who was a near victim of female infanticide and features in the film will accompany Pahuja and human rights activists  to different parts of the country--notably Punjab, Maharashtra, Gujarat,  Rajasthan, Delhi and Haryana which have some of the worst boy to girl ratios in the country. Pooja’s mother Neera will also join. The makers of the doc had launched a Kickstarter initiative to raise 50 thousand dollars in 40 days. They have already raised more than 55,000 dollars and with less than 72 hours are hoping to reach the 60,000 dollars mark.

Nisha who is ecstatic at this remarkable achievement says  “I am thrilled that we reached our target  and we’re still going! Only 44% of Kickstarter projects are successful and most of those are at the under 10k level. Our success is a  testament to people’s belief in what we are doing and a desire to stand up for women’s rights. People have literally put their money where their mouth is. We hope we can realize at least one of our stretch goals in the time we have left..this will enable us to reach more people.” 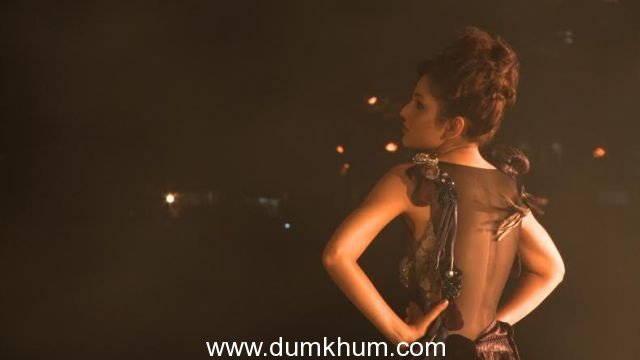 It hasn’t been an easy task for Nisha. She adds, “Running a crowd funding campaign is a huge amount of work. For our core team which was myself, Mariam Zaidi and Farzana Haque (both in Toronto) this was our first campaign and we had no idea how intense it would be.  Mariam put together a beautifully designed page and we were very well prepared in terms of outreach and a plan but the work involved..that took us all by surprise. So much of crowd funding has to do with the narrative plan you use to position yourself–so you have to have an outline and a strong direction but then also to be able to adjust that process and respond to it in an organic way. We learned a lot.” While Social Networking Sites  in India played a major role in creating buzz, most of the financial commitment came from abroad. Nisha says: “What was fascinating about our campaign is that a lot of support for our page came from India and people sharing it through their Facebook networks and Twitter. But  most of our funding came from abroad which often meant that I was up all hours of the night engaging with people. Crowd funding hasn’t caught on here yet as it has in North America.” But Nisha also feels that is changing. “It feels like people are increasingly showing solidarity with documentaries by contributing to their crowdfunding campaigns.” She adds on a happy note.

Crowdfunding for docs is a relatively new trend in India but is catching up quite fast. Another doc which is using the crowdfunding platform quite effectively is ‘Proposition For A Revolution’. Nisha who is closely following the doc says, “They’ve  just launched their campaign and are receiving generous support as well. This will certainly empower documentary practice and distribution in India. Which is good for all of us–that kind of story telling is so important here.”

Set between the fascinating worlds of a Durga Vahini training camp and the beauty boot camp of the Miss India Pageant, the powerful story of women in contemporary India is the first documentary Anurag Kashyap is presenting.

The award winning film has been screened in more than 125 film festivals across the world and has won over 19 awards and distinctions including best documentary feature at the Tribeca Film Festival 2012, best Canadian Feature, 2012 Hot Docs Film Festival.