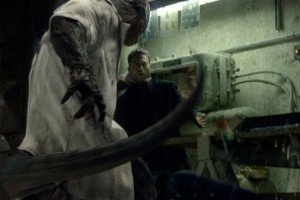 The Amazing Spider-man of Sony Pictures releases in India a week ahead of USA. Indian star sparkling in this 3D flick, Irrfan Khan, though will be in USA for the premier yet at a Sony Pictures event held today in Mumbai, he spoke to the media. After unveiling the never before seen trailer of The Amazing Spider-man, the Paan Singh Tomar interacted with the media and shared his experience of working in the movie. 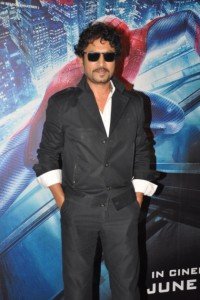 “I am very glad to have been a part of America’s biggest fantasy film. It was a great experience working with Marc Webb and my other co-stars. To work with such a unit and production team is a dream come true.” The star could not stop his praises for the new Spider-man. Talking about Andrew, Irrfan says, “Andrew is one rare actor, a very promising actor. I don’t think any other spider-man was better than him. He is best suited for this role.” 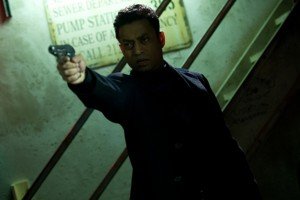 Though Irrfan’s role in the film is very less but he plays a pivotal role and for him it doesn’t matter how long his role will be rather he is keen on how moving those few minutes of his character will be. “I don’t look at how big is my role; I look at the character and what it represents to the world.”The character of Dr Ratha that Irrfan will be playing in the movie is vital as the character plays boss to the main villain in the film – Dr Curt Connors- and is the one who is pushing the transformation of Curt into The Lizard. 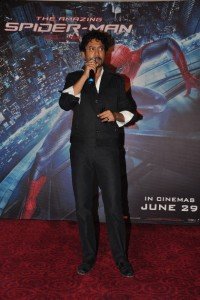 Before he signed off Irrfan spoke about the film. “The film is very well made and will definitely please the audience,” he said.

The film releases on 29 th June all over India in 3D.