The Actor Vs. The Athlete –  Saala Khadoos 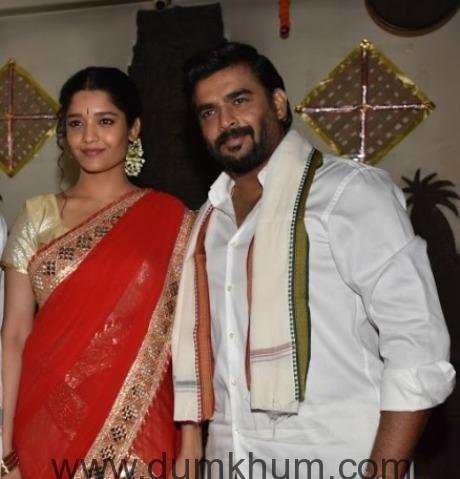 In this video watch Madhavan talk about Ritika as an actor and as athlete. Also catch how Ritika injured Madhavan while on shoot. Rajkumar Hirani Films & Tricolour Films in association with UTV Motion Pictures present Saala Khadoos. The film releases on 29th Jan.

Adi Tomar had a dream to win the boxing gold for India. Instead he languished in a nightmare for a decade as his gloves were spiked during an all-important match, blinding him in the arena and handing the match to his undeserving opponent—a mediocre boxer but a political powerhouse. The culprit was his own coach, Dev Khatri. Shattered by his loss, and disillusioned by the state of Indian boxing, Adi turned to a life of cynical self-destruction of booze, brothels and bar-fights. Loyal friends somehow bring him back to boxing as the coach of the lowly rated Indian women’s boxing team. His outspoken honesty sends jitters through his old adversaries, and he is soon transferred to Chennai—the Siberia of Indian boxing. But Adi continues to dream but this time for a free-spirited, fiery young woman from the fishing community, Madhi. Adi spots in her a champion that could bring India the gold that he was robbed off. But first Adi must earn her trust, then tame her impetuosity and finally make her dream… all this in just nine months before the world championship. And so begins an uneasy partnership between a man who loves his sport and a girl who loves her freedom. Rigor and rebellion, structure and free spirit collide. It is the beginning of a beautiful friendship and a journey towards an impossible dream.

Here is the Link
http://bit.ly/1PmSDiw