The 14th Mumbai Film Festival, an initiative by MAMI is just around the corner, held from
October 18- October 25, 2012 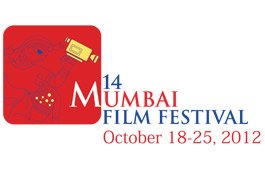 The eagerly awaited cultural landmark of the city, the 14th Mumbai Film Festival, Academy of Moving Image (MAMI) and Reliance Entertainment initiative will be held from October 18 – October 25, 2012.

The festival will be held in the south of Mumbai, heart of the City with NCPA and INOX as the festival venue. This development comes with growing demand from cinema enthusiasts to accommodate them in larger number, thereby expand the cinematic and cultural threshold and enrich their film festival experience.

The Festival will pay tribute to Italian Cinema through a special selection of films in the CELEBRATION OF ITALIAN CINEMA. It is organized in collaboration with the Embassy of Italy in India and Mr. Italo Spinelli.  The package will include films from all major directors. Restored Italian classics ‘Maciste’ (1915) and ‘Inferno’ (1911) will form part of the package of Restored world classics that will be screened during the Mumbai Film Festival.

Nine silent movies will be screened with live music at the 14th Mumbai Film Festival in order to celebrate 100 years of Indian cinema and to bring back the era of silent cinema. This will give the audience an idea of what early Indian cinema was like.

Following last year’s roaring response for the French films, the new edition of “Rendezvous with French Cinema” will be hosted by the 14th Mumbai Film Festival in collaboration with the Embassy of France in India and Unifrance.

In addition to screening the best of World cinema to foster a climate of good cinema, the 14th Mumbai Film Festival this year aims to scale up its Film Market, the Mumbai Film Mart.

The 14th Mumbai Film Festival aims to present the best of the crop in all its sections, in order to give its audience a complete and a true cinematic experience.