An excitement & thrill filled three week event closed to an exhilarating end as the proud winners – Ghaent Punjabis took home the winning trophy for this season of Box Cricket league. With Three weeks, Six teams, Over 50 popular tele – actors and two masterminds Sunny Arora and Anand Mishra of Marinating Films behind this unique concept of the first ever – Anmol Jeweller Box Cricket League, the event closed with an after party. 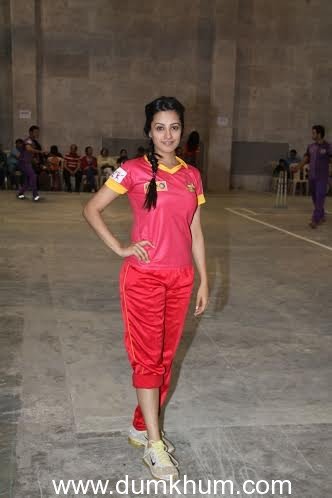 One of the most exciting matches of the league kept the audience on their toes till the very last ball. It was a close win for Ghaent Punjabis as they defeated Baabu Moshayes in the super over (Tie Breaker Over) by making 8 runs in 3 balls. Karan Mehra, Captain of Baabu Moshayes won the toss and chose to bat. Ghaent Punjabis under the leadership of Barkha Bisht closed the match with a tie. A super over was played to decide the winners. Baabu Moshayes chose to bat again and set the target for 8 runs in 1 over by making 7 runs at the loss of 1 wicket. Ghaent Punjabis made their easy 8 in just 3 balls and won the finale. Man of the Match: Amit Verma Woman of the Match: Barkha Bisht Man of the Series: Sharad Malhotra

Woman of the Series: Barkha Bisht