Vidya Balan is all set to play a detective in her upcoming film Bobby Jasoos. The actress along with 5 real life detectives unveiled the trailer of the film at PVR Juhu yesterday. 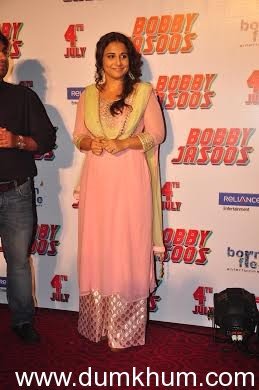 The actress interacted with the detectives  who share some on the experience they had while on ground. 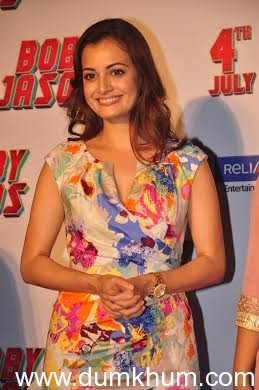 After a very long time a Bollywood detective film will be intriguing the audience. Bobby Jasoos will again mark a solo big release for Vidya Balan post the successes of Dirty Picture and Kahaani. The film is about a journey of a female detective in a Hydreabad milieu. The film is set to release on the 4th of July.