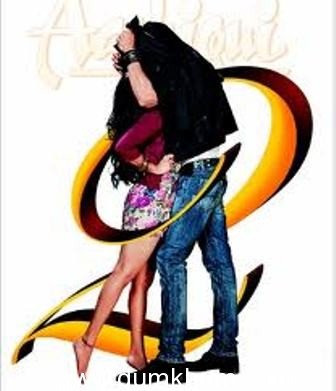 Says producer Mahesh Bhatt , “The franchise continues… that film was in 1990 and now it is 2012. That time it was pre-economic liberalization and today is new internet age. It is completely brand new product with an extraordinary story. We will take the brand, not the story forward with an out-and-out love story.”

Contrary to the reports, Aashiqui 2 is not a sequel to Aashiqui, clarifies director Mohit Suri “It’s a new story. The only similarity is the music and the love story. There are seven to eight songs in the film. It’s a musical.”

Talking about what you can expect from the film says producer Mukesh Bhatt “It’s a contemporary love story dealing with mature emotions. All three actors have extremely challenging dramatic roles. It’s not a film about only looking good, singing and dancing. These are performance-oriented parts, and we’re convinced that Aashiqui 2 would do for Shraddha, Aditya and Shaad what the first Aashiqui did for Rahul, Anu and Deepak Taijori.”

Keeping with the brand of the film,the music yet again continues to remain a highlight – Says producer Bhushan Kumar,T-Series “We’ve already recorded many songs for Aashiqui 2 and we’re confident that the audience will enjoy them. But people insisted we bring back at least one song from the original. Whatever the outcome ,the music will not disappoint.”