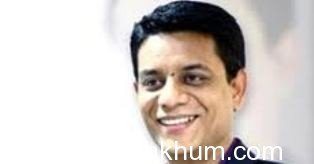 To clarify the recent reports and tweets by singers in Bollywood, T-Series President Mr. Neeraj Kalyan releases the following press statement on the same.

We are compelled by certain irresponsible tweets and media bickering by a select few eminent
singers to issue a statement clarifying the erroneous interpretations and misconceptions of a few
Singers. We are particularly concerned about certain falsehoods that are being spread in connection with the assignment of Performer’s (Singers) rights.

At the outset, we must clarify that T-Series has not signed any agreement with Mr. Sonu Nigam in
the past 5 years and whatever he may have signed or has refused to sign is between him and the
respective Producers of the Films.

We would like to take this opportunity to expressly and unequivocally appraise the singer fraternity that the agreements which the entire producer community has adopted are in accordance with the provisions of the Copyright Act, 1957 and the same cannot be said to be illegal in any manner whatsoever.

The term “performance” is defined in Section 2(q) of the Copyright Act which provides as hereunder: “performance”, in relation to performer’s right, means any visual or acoustic presentation made live by one or more performers.

Therefore, it is prerequisite that a performance be made live by one or more performers in order
for the right to royalty stated in Section 38 to come into existence. The definition of the term
performance has not been amended by the legislature as of this date.

Regardless the fact remains that Performer’s (Singers) rights are freely assignable as per the express provisions of the Act. The terms of the agreements with singers are freely negotiable and subject only to the mutual agreement of the parties. There is no embargo on assignment of Performer’s Rights including any right to receive royalties. Certain Singers with vested interests, based on their erroneous interpretation of draft singer agreements adopted by the Producers, have been spreading false rumours and trying to dissuade others from signing the agreements. Singers should all appreciate that it is the Producer who is investing in the Songs / Music and it is the producer who pays enormous sums to Composers and lyricists to compose and record songs based on his film’s story and then picturizes those songs on big star cast and who further spends crores on its promotion, whereas a singer merely lends his voice to the lyrics and compositions already created and has little creative input in the song. The same Singer then earns crores by performing those songs in live shows and doesn’t share any income with the Producers. The mere rendering of the song can be done by any talented trained singer and thus the singers should take rendering for a film song as an opportunity and not arm twist Producers by not signing the contracts on the basis of unreasonable and unrealistic demands. It is imperative to point out that the draft agreement referred to by Sonu Nigam has no restrictions whatsoever on his or any other singer’s ability to perform live. Eminent singers like Arijit, Shaan, Mohit Chauhan, Ash King, Benny Dayal, Neeraj Sridhar, Humsika Iyer, Nandini Shrikar and many more are happily signing the Producer’s agreements.

We would therefore urge and advise all our singer friends not to get carried away by few passionate tweets / posts and it is imperative that they are not misled by certain parties who have vested interests contrary to the larger interest of the entire film industry.

T-Series has always believed in developing and nurturing new talent and has played a pivotal role
in giving to our industry some of the well known Singers of the last two decades. In case the Singer fraternity still has any concerns, we are always happy to discuss and address the same and we remain committed to nurturing our excellent relationship with the singer fraternity.

Statement by Meet Brothers on the same:

Singers and composers Meet brothers support the producers in this stating, “There is lot of noise
lately on singer agreements which Producers are insisting upon Singers to sign. We being Composer and Singers have evaluated them both personally as well as thru our lawyers. The agreement draft in circulation is really fair as Producers will recoup their investments from song exploitation and we as Singers are free to earn money from our Live stage performances and shows. We as Singers
should take our voice rendering for a song as an opportunity for getting more live shows. There
are no restrictions whatsoever in the draft agreements on our performances in shows and earnings thereof. Let’s Live and Let Live and work harmoniously with the Producers and Labels by putting an end to the bad blood being created by some vested interests who are threatened by the new breed of performers and trying to mislead the singer community.”