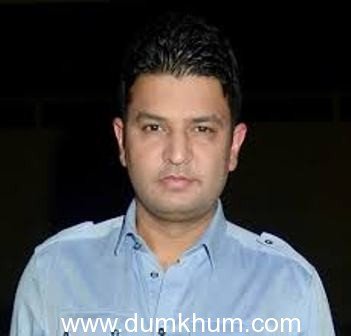 T-Series, headed by Bhushan Kumar, after the success of Aashiqui 2 (2013) released Yaariyan which became the first superhit of the year 2014. After giving the audience a youth entertainer with Yaariyan that received a stupendous opening at the box office has announced the release dates of their next releases of 2014.

With Yaariyan being a youth film on friendship and love, T-Series with B R Chopra films are producing ‘Bhoothnath Returns’ to release on 11th April 2014 with Amitabh Bachchan reviving his role as the friendly ghost also starring Boman Irani directed by Nitesh Tiwari. Another being a sci-fi thriller is ‘Creature 3D’ starring Bipasha Basu and Imran Abbas directed by Vikram Bhatt releasing on 30th May 2014. A horror genre film, Creature 3D, will scare the audience with a creature created using VFX which will be a first of its kind in India.

Next releasing on 12th September 2014 is ‘Roy’ directed by Vikramjeet Singh a romantic-action-drama with Ranbir Kapoor playing the title role along with Arjun Rampal playing a director and Jacqueline Fernandez. Yet another film from T-Series banner directed by Umesh Shukla is ‘All is Well’ releasing on 5th Dec 2014 is a social drama with dash of humor that speaks about father-son relationship with Abhishek Bachchan in the lead and Rishi Kapoor as his father along with Smriti Irani playing Abhishek’s mother and Asin as his love interest.