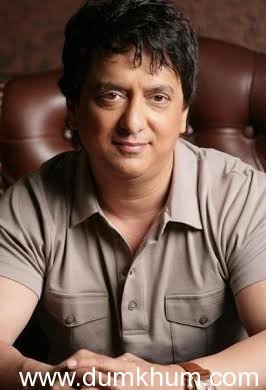 T-Series acquires the music rights for the upcoming Nadiadwala Grandson movies. Bhushan Kumar, the head honcho of T-Series, is proud to announce the music acquisition of the Sajid Nadidwala’s next productions – Phantom, Tamasha and Sabir Khan’s next.

After the successful endeavor with Kick, 2 States, Heropanti and Highway this year,  T-Series has acquired the music rights of one of the most talked about film directed by Imtiaz Ali ‘Tamasha’ starring Ranbir Kapoor and Deepika Padukone. The first schedule of the film that was shot in Corsica in July this year and is expected to release next year. The music of this romantic film is composed by A R Rahman who is working with Imtiaz again after Rockstar and Highway.

Another is Phantom which is releasing early next year. The action drama stars Saif Ali Khan and Katrina Kaif directed by Kabir Khan. The film is largely shot in Egypt, Turkey, Jammu & Kashmir. The music which will be composed by Pritam has been associated with T-Series long and their last successful association has been Yaariyan.

T-Series has been associated with Sajid Nadiadwala since years where they have successfully given hits like Housefull, Anjana Anjani, Housefull 2 and this year’s Kick, 2 States, Heropanti and Highway. After Heropanti, the team of Sajid Nadiadwala, Sabir Khan and Bhushan Kumar reunites for the next with Tiger Shroff.