Switzerland Tourism launches the new campaigns for Winter and Summer 2017 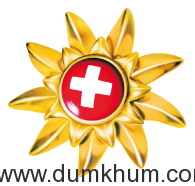 Summer campaign to be led by Brand Ambassador Ranveer Singh

New Delhi, Switzerland Tourism today announced the launch of its Winter Campaign for 2016 and ‘Nature wants you back’ campaign for summer 2017. The Winter campaign will focus on all the action and adventure that can be explored in one of nature’s most artistic canvases – Switzerland, with the tagline ‘You can… but you don’t have to’. The summer campaign “Nature wants you back”, to be led by Brand Ambassador Ranveer Singh was also launched. The campaign tag line is the perfect expression of how one chooses to be ‘#INLOVEWITHSWITZERLAND; have an adventurous adrenaline filled vacation or a leisurely, relaxed trip whilst taking in the beauty of the breath-taking nature, scenery and serenity of the country.

The campaign launched in presence of the tourism partners of Switzerland – Zurich, Basel, Ticino, Matterhorn and Swiss International Air Lines, hopes to further increase and sustain the double digit growth of 16% seen in 2015-2016. With an initial focus on the winter tourist, Switzerland Tourism will showcase the multiple options like skiing, sledging and snowboarding for the active traveller and Christmas markets, open air hot springs and igloo stays for the more relaxed visitor looking for pure white relaxation in winter. The summer focus for the campaign too, will be packed with an array of activities such as sky-diving, wakeboarding, canyoning etc. combined withSwitzerland’s best touristic and nature highlights. Mr. Claudio Zemp, Director – India, Switzerland Tourism, said, “In India we see people getting more adventurous these days. They do not only want to take a cable car up a mountain and take pictures but also want that thrill and rush which one gets while doing adventure sports.  With a versatile and energetic personality like Ranveer Singh on board, we would like to showcase that Switzerland is not only about scenic beauty but also has many activities and adventures to offer to the more experiential Indian traveller. Winter is coming up and is an absolutely beautiful time to visit Switzerland. One can enjoy various winter activities and explore their hidden passion for adventure with sports such as skiing, snow-shoe trekking, tobogganing. Ranveer’s next trip is going to be in winter.” Ms. Ritu Sharma, Deputy Director, Switzerland Tourism India, said, “Our new campaign is all about telling people that holidays in Switzerland can be anything that you want – there are lots of options for adventures and activities both in winter and in summer but if you would rather have a more relaxing holiday that’s absolutely possible too. Although Indians love to go on a vacation during the summers, we do hope for a change after this campaign. Apart from the picturesque natural beauty, Switzerland is also a complete package for families and honeymooners who are not only looking at a relaxing vacation but also crave some adventure.”

Discover Switzerland with Zurich situated in the very heart of Europe and at the foot of the Swiss Alps. This scenic city offers a striking contrast between the Old Town and the modern-urban quarters. The new highlights include the FIFA World Football Museum and the flavour packed festival FOOD Zurich,. Tourists can also embark on a different type of voyage of discovery with Basel – Switzerland’s capital of art and culture. Basel’s tri-border region at the Rhine harbour marks the meeting point between Switzerland, Germany and France that makes the city unmistakably lively and innovative. To witness a little bit of Italy in Switzerland one can head over to Ticino which will soon be launching the Gotthard base tunnel- the longest tunnel of the world, spread across 57kms. One can indulge in an array of adventure sports activities at Zermatt which is situated at the foot of the world-famous Matterhorn Peak. Matterhorn glacier paradise with an altitude of 12,739ft is the highest cable car station in Europe and is good place for a ski lesson for beginners.

Switzerland Tourism (ST) is a federal public corporation. Its mission, as decreed by a Federal Resolution of 16 December 1994, is to promote Switzerland as a holiday, travel and conference destination both at home and abroad. The Board comprises 13 representatives from the tourism sector, and from business and political circles. Around 220 employees work in Switzerland and in 28 countries. Switzerland Tourism opened its first office in India in 1997 in Mumbai, followed by an office in Delhi in 2000.

Switzerland Tourism works with many organizations and companies, for example, Swiss International Airlines, Swiss Embassies and Consulates and Business Councils. It also invites the representatives and agents of travel and tourism agencies every year to visit Switzerland in different times and seasons; it also invites a group of the representatives of the leading media to see the most famous Swiss tourist landmarks.

Tourism in Switzerland occupies rank no. 4 in terms of export revenues following the chemical and metal industries and luxury watch-making industry.