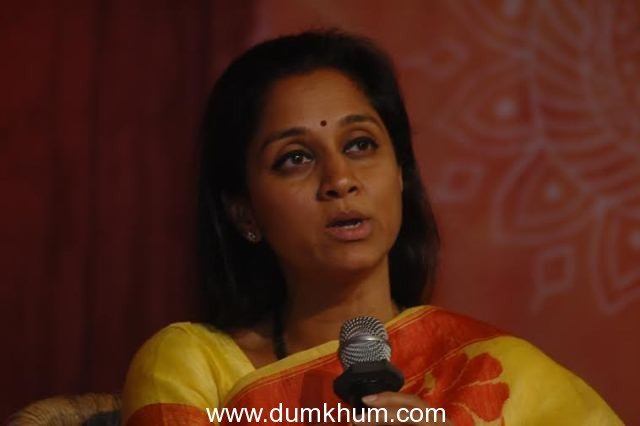 NCP has just an alliance relationship with the Congress. While attending Aajtak Panchayat programme in Mumbai Supriya Sule said that Rahul Gandhi is a simple man, well spoken and well behaved. He would have probably done well in his area that’s why has been elected with a margin of 2 lakh votes.

In a response to a question Supriya said that she doesn’t trust only Rahul Gandhi but all and everyone. The matter of their political credibility rests with the Congress party, I don’t find any drawbacks in them. Everybody has their own distinct style of politics and I’m no one to judge them. Why should I be bothered that what’s happening at other person’s home. Is she a candidate for the post of the Chief Minister? To this question, Supriya responded that I’m not in the CM”s race, as I am not fighting elections. It could be Ajit Pawar or even a third person. In response to a question about Narendra Modi, Supriya Replied that Narendra Modi is very good, he is our Prime-Minister and we respect him a lot. The country has given him a good mandate so he should be given a little time to work.

Supriya regretted about the infamous rants given by BJP MP Yogi Adityanath in Love-Jihad. She quoted Chhagan Bhujbal and asked If Muslim boy loving a Hindu girl is called Love-Jihad then what will a Hindu boy loving a Muslim girl called- Love Sanatan.

When asked about seat sharing with the Congress, she said that the demand is of equal number of seats. Let’s see what happens….

IN response to a question Supriya said that, we are not haunted by the ghost of Loksabha election results.  We sit for exams to succeed, however the Loksabha results were a good warning for us. We are not copycats….and don’t imitate others. We are the Original. We are Going into the election and will show our strategy there. We do not believe star casting. We’ve reservation policy in education even for those families who are economically backward. This will not apply to my children because there is a creamy layer provision. This is no political reservation. This is the ultimate parameter for every caste in our country.