Sunny Leone sends out a message on Breast Cancer 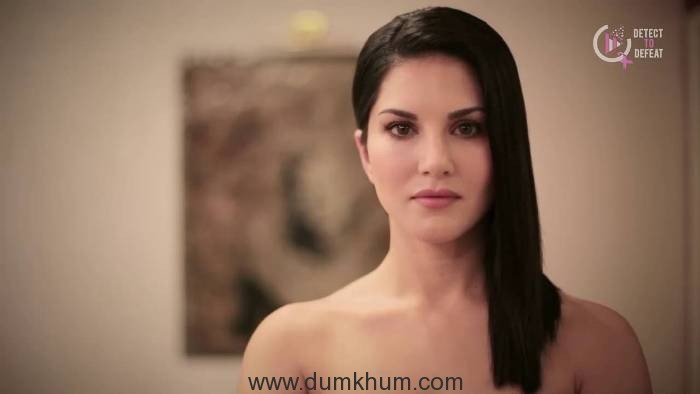 Apart from October being known for the famous Oktober fest in Europe, in India we wish to stand for something more significant. For the uninitiated, October is observed as ‘International Breast Cancer Awareness Month’.

The campaign features renowned Bollywood Sunny Leone giving an appealing message looking in the mirror. The video also features various characters a women interacts with on a day-to-day basis who go has to deal with perverts who stare at her breasts.

Research says breast cancer is one of the fastest rising cancer types amongst women. More than half of the cases are detected in stage 3 or 4, thus inhibiting any chances for cure. According to data prepared by Breast Cancer India, the number of young people being diagnosed with breast cancer is on the rise. 25 years ago, out of 100 patients, only 2% were between 20-30 years old and 7% were between 30-40 years old. Currently, 4% are between  20-30 and 16% are between 30-40 years old.

“In February this year, Sunny featured in our viral anti-smoking campaign titled ‘11 Minutes’ that received 4 million hits in 4 days. We had great time working with her. She’s an absolute sport and in the whole process she’s as much part of the campaign as we are. When we pitched this idea to her, she was excited to work on this campaign. Given her stature as a public influencer, her endeavour will definitely create impact among the people for the breast cancer awareness. We hope men and women will spread this to loved ones leading to call for action” said Aditya Bhat, Founder of Business Of Ideas that manages digital channel Aur Dikhao.

The campaign, in association with Facebook initiated updating their profile pictures with a breast cancer badge- pink ribbon along with a message Detect To Defeat. Sunny was amongst the first to update her profile picture to support the cause.