Subhash Ghai to host a spectacular musical evening for Kaanchi 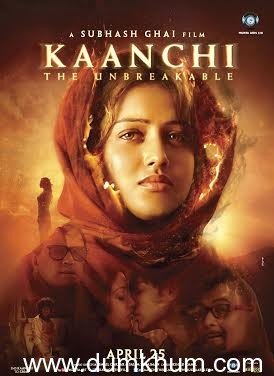 The music of Subhash Ghai’s Kaanchi will be launched in a grand fashion in his presence, along with the cast and crew of the movie.

The event is all set to be an enthralling one, with soulful music and performance by star singers, who will belt out songs sung by them for the film, live on stage. The musical evening will be accompanied by stunning visuals from Kaanchi.

Also gracing the event with their presence, will be Kaanchi’s music composers Ismail Darbar and musical duo Salim- Suleman, along with lyrist Irshad Kamil.

Speaking about the much awaited music launch of his movie Kaanchi, filmmaker Subhash Ghai said, “We are fortunate to have such supremely talented musicians on stage today, for the music launch of my film Kaanchi. I am humbled with all the love and overwhelming response which we have received for the recently released trailer and song.”

The music launch will take place on the 18th of March in a prestigious Mumbai hotel.

‘Kaanchi’ is the story of an innocent rural beauty and her fight against power. Introducing Mishti as Kaanchi, the movie features Rishi Kapoor, Mithun Chakraborty, Kartik Aaryan, Chandan Roy Sanyal and Rishabh Sinha in pivotal roles. The movie is directed by Subhash Ghai and produced by Mukta Arts. ‘Kaanchi’ is slated to release on 25th April, 2014.