Star World, India’s leading English General Entertainment Brand, has a treat in store for all viewers and Priyanka Chopra fans. Priyanka Chopra’s debut international television series, ABC’s Quantico will air on the country’s most loved English Entertainment Network Star World & Star World HD. The show, produced by ABC Studios, the television production division of Disney–ABC Television Group, is already gathering great buzz and popularity across the globe, with not just the international entertainment media fraternity, but also leading Indian personalities looking forward to the former Miss World’s International TV debut which is a first of its kind achievement by any Indian celebrity in history. Speaking on the occasion, Star India official spokesperson said: “Star World is synonymous to setting benchmarks in the English Entertainment category and bringing the newest and most popular International shows to India. Staying true to our ethos, it gives us great pleasure to present Quantico, a landmark series for India in recent times. This is a first for Bollywood as well as for India where an A-List actor like Priyanka Chopra is playing a lead in an International TV series.  There is a lot of chatter and excitement in the country for this show and we are thrilled that Star World will give this magnum-opus show an imposing launch platform that it rightly deserves.” 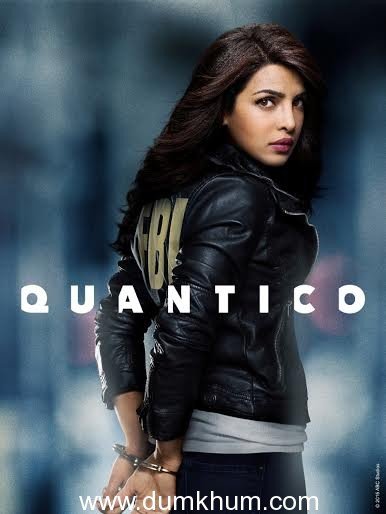 Commenting on the show’s launch from U.S., Priyanka Chopra said “Quantico is my first International TV venture and I am truly proud of it. I’m equally excited that the Star Network will showcase Quantico as part of its primetime line-up on Star World and Star World HD in India, and I couldn’t think of a better launchpad in India for my TV debut. What makes it even more special for me is that it will be real-time… Quantico will be available to Indian audiences almost immediately after its US airing.  Audience response to our first trailer has been fantastic and I am looking forward to working with the Star TV team to create a memorable launch campaign for the show. Being part of a major TV show like this has been a whole new experience for me. I’m looking forward to a weekly date with viewers from across the world, and I hope this is just the beginning of a long lasting relationship with Star Network.”

Priyanka Chopra is set to play Alex Parrish, a rookie FBI recruit with a mysterious past. She will be joined by American TV stars like Jake McLaughlin, Tate Ellington and Graham Rogers, who all play fellow recruits. Aunjanue Ellis is cast as Miranda Shaw, the Assistant Director of the FBI Academy. The show will narrate their adventures and experiences as they train on Quantico base in Virginia, and secrets of their past start to emerge.

“Quantico is one of the most exciting shows in ABC Studio’s portfolio this year. We are happy for the show to be on Star’s network and this is a great addition to our existing shows on Star like Castle, How to Get Away with Murder and Marvel’s Agents of S.H.I.E.L.D. We are really happy to extend our long standing association with Priyanka Chopra from celluloid to a global TV show. After collaborating with us on incredible movies like Fashion, Kaminey and Barfi!, in which she played remarkable characters, we hope that Priyanka’s character in Quantico too, will resonate with television audiences,” said Amrita Pandey, VP and Head of Marketing and Distribution, Studios, Disney India.

Quantico is touted to be one of the biggest shows of fall 2015. It will also be the first American show to have an Indian-national playing the lead. Star World will be launching this show with great fanfare later this year. Stay tuned for further details

STAR India has defined India’s broadcast media for over two decades and is today one of the country’s leading media and entertainment companies. It broadcasts more than 40 channels in 7 languages, reaching more than 720 million viewers every week across India and 100 countries. The network’s entertainment channel portfolio includes Star World, Star Movies, Star Gold, Channel V, Star Utsav, Life OK, Movies OK and Star Plus, India’s No. 1 General Entertainment Channel. It has a leading presence in regional broadcasting as well, through a bouquet of affiliate channels which includes Star Jalsha, Jalsha Movies, Star Pravah, Asianet, Asianet Plus, Suvarna, Suvarna Plus and Vijay.