TO TAKE KUALA LUMPUR BY STORM 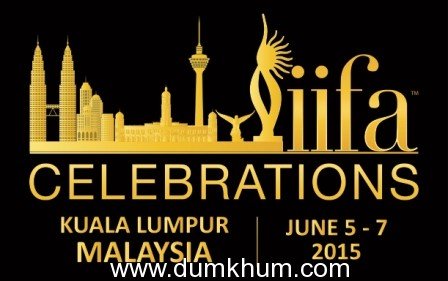 TICKETS TO THE IIFA 2015 AWARDS NOW OPEN FOR SALE New Delhi The 16th edition of the most spectacular celebration of Indian Cinema globally, the International Indian Film Academy (IIFA) Awards today announced the hosts for some of IIFA’s most awaited sub-events and performances that will take place at the IIFA Weekend this year. The Videocon d2h IIFA Weekend & Awards will take place at Stadium Putra in Kuala Lumpur, Malaysia from 5-7 June 2015.

What started off as a one night awards show has grown into a mega three day weekend extravaganza in order to accommodate the myriad magical elements that Indian Cinema has to offer. The IIFA movement has taken the world by storm by bringing a spectacular weekend to a new locale every year filled to the brim with film-festivals, workshops, exhibitions, film-showcases and premieres, global business forums and sporting events.

The IIFA Weekend this year will also see a night exclusively dedicated to fashion which will be hosted by Friend of IIFA, Neha Dhupia. IIFA Rocks, the exclusive music extravaganza will see a host of fantastic musical performances by Shankar-Ehsaan-Loy, Mika, Ankit Tiwari, Kanika Kapoor, Jawed Ali and the Nooran sisters. Superstars Jacqueline Fernandes, Aditi Rao Hydari, Lisa Hayden and Lauren Gotlieb will also take the IIFA Rocks stage for some incredible performances.

At the 16th Videocon d2h IIFA Weekend, the IIFA Gala Screening on 6th June in Kuala Lumpur, Malaysia will feature the highly awaited star-studded film Dil Dhadakne Do. The film is a bittersweet comedy drama about a family that takes a trip which changes them forever. With an ensemble cast of Ranveer Singh, Priyanka Chopra, Anil Kapoor, Shefali Shah, Farhan Akhtar and Anushka Sharma, the film is directed by Zoya Akhtar and produced by Ritesh Sidhwani and Farhan Akhtar.

Speaking on the occasion, Andre Timmins, Director – Wizcraft International Entertainment Pvt. Ltd, said, “We have some incredible performances all set for the IIFA stage this year including some of the biggest stars of Bollywood in film as well as music. Huge preparations are on to manage the backend, airlines, hotels, different venues and other logistics and we are happy that the Malaysian Government is laying the red carpet to make this a spectacular event.”

Speaking on the occasion, Anil Kapoor, Actor and Friend of IIFA said “Through time, IIFA has grown from a mega awards ceremony into an iconic global platform for Indian films and culture while showcasing to the world the best that Indian cinema has to offer. I am looking forward to the film media briefing of Dil Dhadakne Do which will be a part of the Weekend this year and I am delighted to see IIFA return to Malaysia, this timeto the vivacious city of Kuala Lumpur.”

Saurabh Dhoot – Executive Chairman, Videocon d2h said, “Videocon d2h has had an extremely successful innings with IIFA and we are pleased to continue this association with them for the 4th year. The common link of wholesome entertainment brings IIFA and Videocon d2h together. Our recent listing on the Nasdaq stock exchange, bears testimony to our global outlook & tremendous growth. Videocon d2h will continue to bring unique content, new mediums of delivery and innovative services to our consumers.”

The event will be telecast on India’s leading Hindi entertainment channel Colors with foot printsin over 140 countries.

Raj Nayak – CEO, Colors said, that “IIFA is the World’s biggest Global Indian Event, where the entire industry comes together to showcase Bollywood & India.  We at Colors are proud to be associated with IIFA and we promise our viewers, in true Colors style Bollywood entertainment like never before.”

Mr. Anil Khera – CEO, Videocon d2h said, “We thank our 6.5 crore consumers for making us India’s Fastest Growing DTH Service. IIFA is a pioneer in recognizing excellence in entertainment and Videocon d2h blends perfectly with the platform due to relentless desire to innovate & excel with a winning attitude. We are committed to providing the best technology to our consumers and delighting them always. Our continued partnership with IIFA is an endeavor to strengthen this association and take the wholesome entertainment experience across the globe.”

Speaking on the association with IIFA, Mr Pankaj Munjal, Co Chairman and Managing Director of Hero Cycles said, “IIFA awards are one of the most eminent and widely popular awards for Hindi cinema. We are pleased to associate with this mega event as cause partners for our campaign ‘Cycling Heroes’. We believe this is a great opportunity to connect to a larger audience to spread the message of taking up cycling to lead a healthy and active lifestyle. Sedentary lifestyle of the present generation is one of the biggest causes of many lifestyle diseases. It is our endeavour to encourage people, across various age groups to take up cycling as their first step towards staying fit”

Tony Nagamaiah, General Manager of Malaysia Major Events said “As excitement heightens, we are proud to host the 16th IIFA Celebrations 2015 and welcome its entire contingent to Malaysia. Being host city, Kuala Lumpur anticipates the weekend’s buzz as it shall be among our biggest showcases for the year in conjunction with the Malaysia Year of Festivals (MyFest) 2015. The city’s dazzling setting will imprint the Bollywood family and fans with spectacular experiences in a truly diverse environment.”

According to Malaysia Airlines’ Regional Senior Vice President, South Asia & Middle East, Mr. Azahar Hamid said, “It is an honour for Malaysia Airlines to be a part of this glamorous event and flying in some of the best Bollywood stars to our home ground, Kuala Lumpur. The airline’s extensive network and world-class service makes it a desirable partnership with IIFA.

“It is our commitment to provide the best service and we look forward to welcoming the celebrities from the Indian Film Industry and fans of the IIFA awards on-board Malaysia Airlines,” he added.

IIFA Awards 2015 will be held at Stadium Putra, the Official Hospitality Partner is JW Marriot/The Ritz Carlton, Kuala Lumpur Malaysia. Malaysia Airlines is the Official Airline Partner for the 16th edition of the IIFA celebrations.

Conceptualized and produced by Wizcraft International Entertainment Pvt. Ltd. and supported by the key members of the Indian film fraternity, IIFA is the most appreciated South Asian film academy. Also, the IIFA Awards is India’s biggest media event. With a viewership of almost 800 million, it is among the world’s most-watched annual entertainment events. From a one night celebration in 2000 at the Millennium Dome, London, the last sixteen years have seen the International Indian Film Academy (IIFA) movement grow into a cine-packed weekend of film-festivals, workshops, exhibitions, film-showcases and global business forums, all of which climax into the highlight of the Weekend, the IIFA Awards