Star Bharat home to some of the most iconic mythological spectacles which have captured the hearts of audiences had recently announced the launch of its latest mythological offering Haathi Ghoda Paal Ki Jai Kanhaiya Laal Ki. As a special gift to its viewers and devotees of Lord Krishna the show is launching a song on the auspicious occasion of Janamashtami with a beautiful tribute to Lord Krishna by none other than the National Award winner, owner of one of the most soulful and purest voice in the music world, the renowned singer Padma Shri Awardee Kailash Kher. Produced by Siddharth Kumar Tewary, the show will take the audience through a divine and emotional journey of Lord Krishna’s childhood.

For the very  first time  Star Bharat has associated with a Bollywood singer to announce a show through a unique promo with Kailash Kher rendering a beautiful tribute to Lord Krishna in his soulful voice. Sources inform us that he was the most suitable choice for this collaboration as he is known to be an ardent follower of Lord Krishna and associates with the belief and faith as a devotee of the almighty. His mystical rendition of the song in his divine and poignant voice will be a perfect beginning for this upcoming new show. 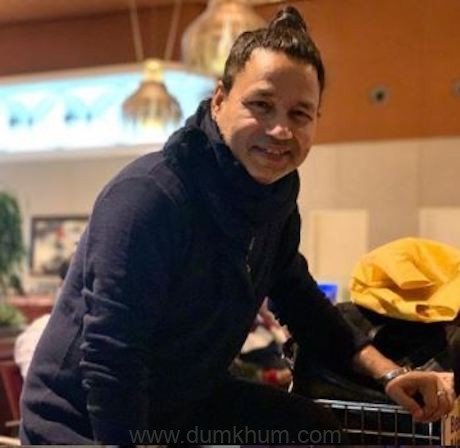 When spoken to Padma Shri Awardee Kailash Kher on his association with Star Bharats’ upcoming new show Haathi Ghoda Paal Ki Jai Kanhaiya Laal Ki he said ““Lord Krishna has been an inevitable part of my life. My parents used to say that during my childhood, I used to do pranks just the way Kanha Ji used to do. I feel internally connected to Lord Krishna and I have been his devotee from the time I can remember. Since I remember anything I only know the spiritual way of life, as I am brought up and studied in a Gurukul, where my Aaradhya primarily is Bhagwan Mahadev and Bhagwan Vishnu, and everyone can connect the rest. I was ready to accept the offer as soon as I got the opportunity because I wanted to be part of a venture where my principles meet – Spirituality meets music. I feel that Lord Krishna himself has chosen me to render this beautiful track around, his childhood, and his teachings, to present to his devotees. I urge my fans and Star Bharat viewers to join me in celebrating Janamashtami and enjoy this divine song. I hope that the viewers love the show and Star Bharat continues to touch our lives by bringing shows that touch our lives in the same way it has been doing for the last few years.”

Kailash Kher’s spiritual voice along with glimpses of the new Balakrishna in Star Bharat is going to be a truly gratifying and memorable gift for the viewers this Janmashtami.