SRK gets nostalgic unfolding an inside story… 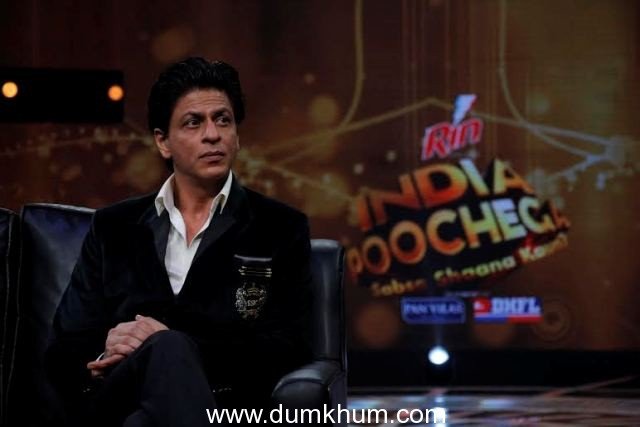 Shah Rukh Khan the Baadshah of Bollywood is undoubtedly one of the most popular film stars across the globe and has an inspiring success story as well! A self-made man without a backing of a filmi family, the actor is a perfect example of a contemporary Indian who doesn’t give up. The living legend has been entertaining audiences for over 2 decades now and is an icon to reckon with.

We are all aware that SRK is one of the few actors that moved to Bombay from Delhi to chase his Bollywood dreams! What many may not know is that SRK had little or no help when he had just arrived to the city. Recently, he let out an inside story on Chunky Pandey while shooting for &TV’s show – India Poochega – Sabse Shaana Kaun?

SRK spoke about how close he was to the actor and his bond with the renowned comedian from Bollywood goes back in time. Shah Rukh revealed that Chunky Pandey was the one star who gave the superstar a shelter to stay and introduced him to the world of Bollywood and introduced him to friends. SRK got nostalgic and expressed his gratitude to Chunky for all the support & love he extended to him. Well, what’s more amazing is the humility that SRK holds in his heart despite being the second richest star in the world!