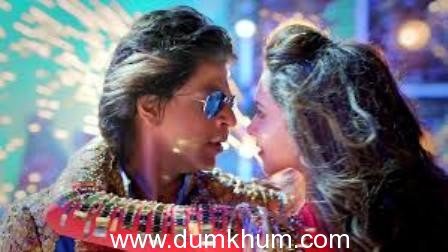 ​Deepika Padukone made a dream debut with Shahrukh Khan in Om Shanti Om. The film went on to become made one of the most memorable films. Infact it had a fantastic run at the box office where it collected 80 crores.

Post her debut Deepika has been steadily climbing the success ladder and delivering films like Love Aaj Kal, Bachana Ae Haseeno, Cocktail to name a few. However, Deepika and Shahrukh’s Jodi is one of the most hit and successful pairs.

The two made their second outing with Chennai Express. The film went on to break all records and made a whopping 200 crores at the box office.The film got applause from all quarters and wemt on to become a mega blockbuster which broke all records by becoming the first film to make 200 crores.

The third time around now, now with Happy New Year the hit pair has created a new record of being the first film to collect 100 crores in just 3 days. The SRK-Deepika jodi has scored a hattrick this time around.

While SRK is loved by the audience. Deepika’s performance in all three films have garnered appreciation and much applause. Her characters are memorable and her performance has been much talked about.

The two seem to have the midas magic – as the box office turns into pot of gold. Ironically infact two of these three films – Om Shanti Om and Happy New year have released on Diwali.

Diwali is a special festival for Deepika and she always looks forward to it. On these two outings the celebrations have automatically gotten grander.​