Sonam Kapoor looks absolutely gorgeous in her third appearance at the Cannes 2016. She is wearing Ralph and Russo summer spring collection with Chopard jewellery for the Chopard Party. 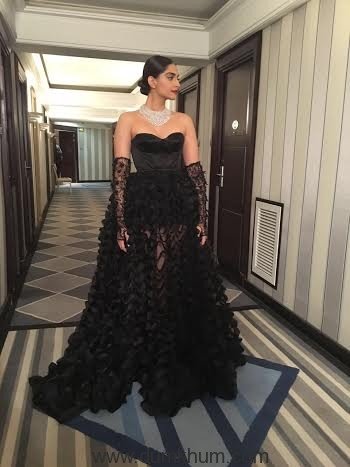