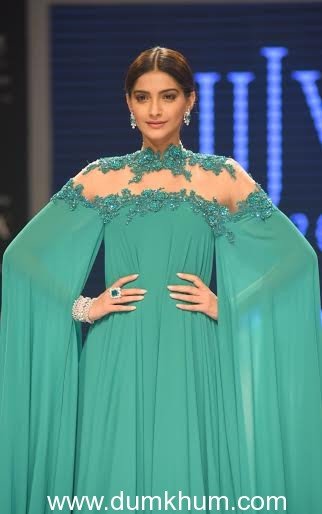 Sonam Kapoor who is in Australia for the Indian Film Festival of Melbourne ,yesterday tossed the coin at the Australian Football League (AFL) 2015 at the iconic Melbourne Cricket Ground (MCG).

The actress and international fashion icon, sporting Oscar De La Renta couture and Sophia Webster Chiara boots,tossed the deciding coin at the match between the Richmond Tigers and Essendon.

Apart from enjoying the game with her entourage, Sonam was also gifted a football signed by all the members of the team, a memorabilia she will carry back with her.