Bollywood’s Queen of Rom-Coms and International Fashion Icon Sonam Kapoor who made a splash at the Cannes Film Festival last year ,will return to France  for yet another breath taking appearance at the Armani Fashion Show 2015 , in Paris. 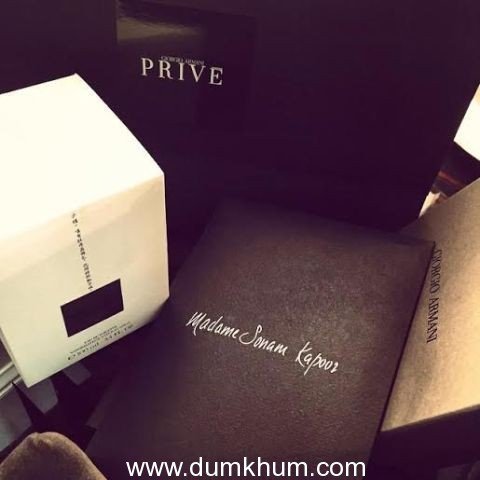 Sonam along with her sister stylist/producer Rhea Kapoor will take time out of their schedules to travel to Paris where they will be hosted by Italian Fashion House Armani for 4 days- Sonam has been invited to be a special guest at the show which will see the who’s who of the fashion world and several Hollywood stars attend . The actress and fashion icon will be seated in the front row , reserved for the biggest names in fashion. 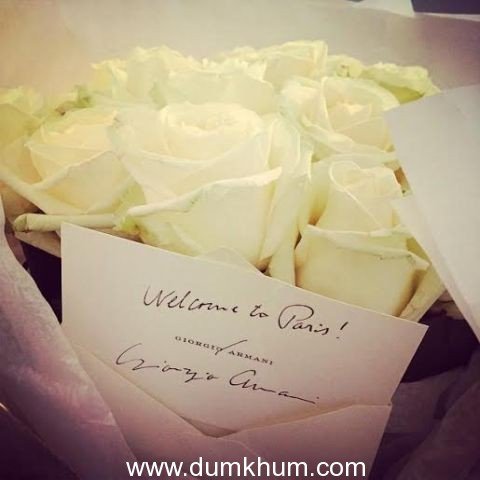 Says Sonam ,“I’m looking forward to watching the show in Paris. I admire Armani’s work deeply and I’m really looking forward to being there. Arbaaz (Khan) has been wonderful. He has agreed to give me a three-day break from the post-release promotions of Dolly ki Doli just so I can attend this show.”
While the actress’ entourage remain tight lipped about the trip, they do reveal that Sonam will sport a look that will be amongst her best this far and will wow all the international fashion critics.