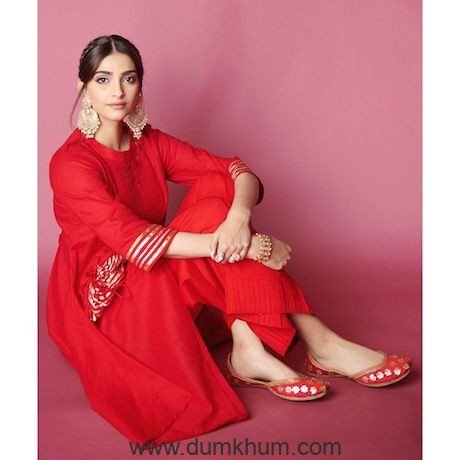 Touted as a fashion icon, The ‘Uncrowned Queen of Fashion’ Sonam Kapoor Ahuja’s style sensibilities have wowed her fans and fashion connoisseurs, time and again. The uncrowned queen of fashion always believed in the adage, ‘You should wear the outfit; the outfit should not wear you.’ Be it an event, an award ceremony, a holiday or the red carpet, the actress has redefined chic. A trendsetter and a rule breaker, Sonam has always believed in not being a follower, but a leader and thus her fashion statement has become the talk of the town. Supporting Body Positivity and Self-Acceptance
A crusader of body positivity and self-self among young women, Sonam practices what she preaches. The actress has often been vocal about the pressures that young girls and women go through due to the standard definition of beauty set by traditional and social media. To bust the myth, Sonam has often shared her no-makeup looks and backstage videos of her prior to putting on makeup, for a shoot. From being vocal about putting on weight to dealing with bad skin and dark circles, the actress has barred it all and inspired women to accept and celebrate their flaws. 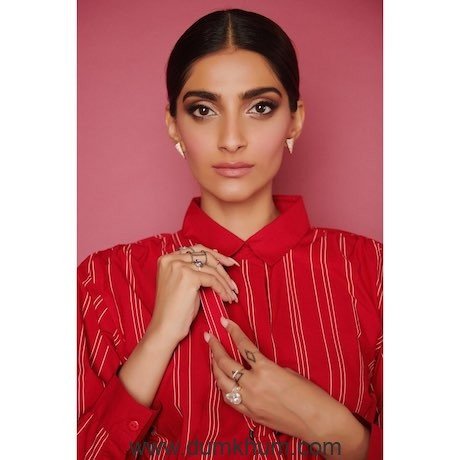 Believer of Sisterhood
Time and again, Sonam has strongly expressed her thoughts on the importance of sisterhood and feminism. The actress feels that strong women should lift each other up and she has talked about being lucky for being surrounded by courageous and empowered women who have been the torch bearer of  equality. Sonam also supports the cause of equal opportunities and rights for women and their freedom to make independent decisions. At the same time, she has strongly opposed the stereotypical portrayal of women in Bollywood and has openly talked about bringing about a shift in people’s mindset.
The Ultimate Risk Taker
Talking about Sonam’s film choices, the actress hasn’t shied away from being a part of some experimental projects and has always been up for trying her hands at new things. Not just that, Sonam is known to take up stories that need to be told. She has been at the forefront of films laced with social messages such as Neerja, Ek Ladki Ko Dekha Toh Aisa Laga, Raanjhanaa and Pad Man, among others. With Neerja, she proved her mettle as she portrayed the late Neerja Bhanot with a rare sensitivity and vulnerability. Wearing Her Heart on Her Sleeve
Sonam has always been fiercely vocal and expressive about her thoughts and opinions, without embracing the need of being politically correct. Unafraid to speak her kind, she has never shied away from putting out her thoughts in the public. The actress has won he hearts for keeping it real.