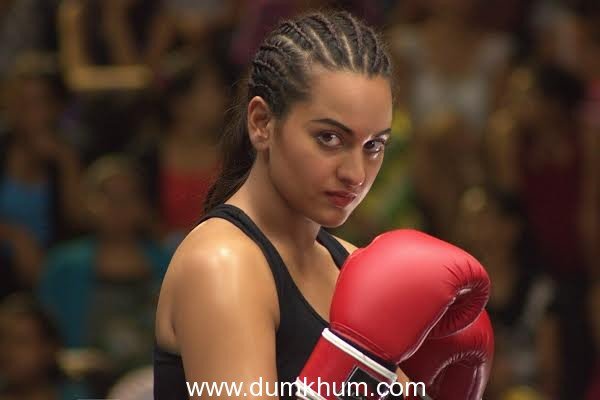 Sonakshi Sinha who is looking her hottest, sveltest best has been hitting the gym with her vengeance for her upcoming next, Sanjay Kapoor’s Tevar ,where she stars alongside Gen-X heartthrob Arjun Kapoor.

Sources attached to the film reveal that the actress is going all out to sport her hottest look yet, in the commercial entertainer, and has been hitting the gym post shooting hours.

Sonakshi who has worked with the biggest names in Bollywood , this time around will be sharing screen space with close friend Arjun Kapoor who she has known since her childhood days.

What’s more is the fact that the actress has been bonding with Arjun over health and fitness as they discuss their respective workout regimes.
Sanjay Kapoor ‘s  Tevar starring Arjun Kapoor and Sonakshi Sinha is scheduled to release 5th December 2014.’Tevar’ the remake of Telugu action film ‘Okkadu’ will mark the directorial debut of celebrated ad-filmmaker Amit Sharma.