As the temperature soars high, Stardust, one of the leading entertainment magazines, dishes out its super-hot summer special edition. Gracing the cover of its May issue are two budding stars of B-town, Sonakshi Sinha and Aditya Roy Kapur, who’ve risen the temperature even higher with their crackling chemistry and graceful poise. Photographer Rohan Shrestha, who captured the young stars, weaved a beautiful romantic tale on camera. And definitely Bollywood loves good chemistry on screen and today’s film makers are not only experimenting with great content but are also bringing unusual couples on screen.

And STARDUST has been in the forefront in bringing unusual and fresh star Jodis on the cover, to create that certain chemistry, in spotting our next hit couple. 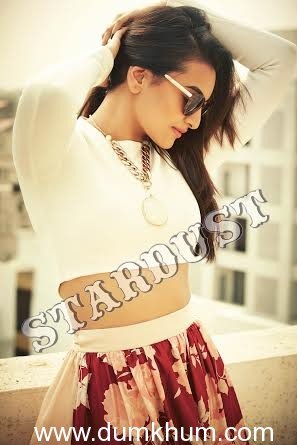 Though Sona and Aditya have not been paired earlier, both are known to have a huge fan following amongst the youth, and surely enough they shared a crackling chemistry whilst shooting for the cover with ace photographer Rohan Shresta. Those present at the photo shoot confirmed that though they have not starred together, they brought a certain freshness to the shoot with their magnetism and gravitational pull, and chances are that, they will soon be paired together to create that ‘screen’ magic!

Editor Ram Kamal Mukherjee confirms “STARDUST has always believed in unusual and fresh pairing, since it’s always healthy to experiment and spot our next hit couple in Bollywood. It is interesting enough when they‘re conventional pairings, but unusual pairing brings about a certain magnetism which is fresh! 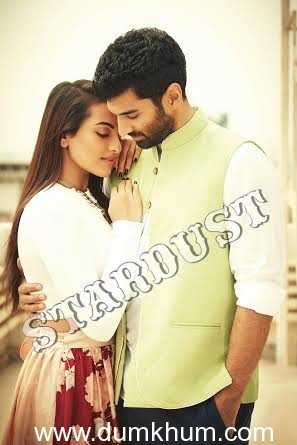 Even recently when we shot with Ranveer Singh and Sonakshi, post that they bagged LOOTERA, and later when we did the combination shoot with Siddharth Malhotra and Parineeti Chopra, they bagged HANSEE TOH PHASEE. And this time we thought of bringing Sonakshi and Aditya together, because they have that certain rawness which has not been tapped by any film maker or lens man. And it took Sonakshi just 3 minutes to break the ice with newbie Aditya,.

With their most candid confessions in this summer special, catch the awesome twosome open up on the demands of being a star and their lives behind the camera

Whilst Sonakshi shared about her affairs which her parents were aware of, Aditya clarified that his sister-in-law Vidya Balan is not pregnant. The latest issue of Stardust hits the stand today”