Kalpana Pandit and director Sandeep Malani’s
forthcoming romantic musical thriller Janleva 555.
The film will be associated with the critical medical cause of pledging
donations of VENTILATORS to Cobra bitten patients specifically children in
the remote village hospitals of India and also Antivenin research and
treatment of snake bites. 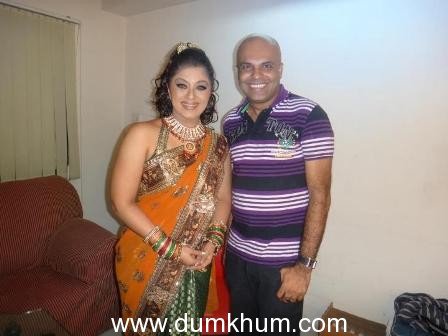 The celebrities who have volunteered in giving messages include Actress
Sudha Chandran, Dr Maya Alagh actors Mukesh Rishi and Dalip Tahil amongst
the other few who would request the public to watch the film for this
critical medical cause.
Made under the banner of House of Pandit, the producer and director combo
had earlier did a Kannada film, Jo Jo Laali on HIV Aids and the film won
several awards and was critically acclaimed besides it has its showcase
around the world at various film festivals.