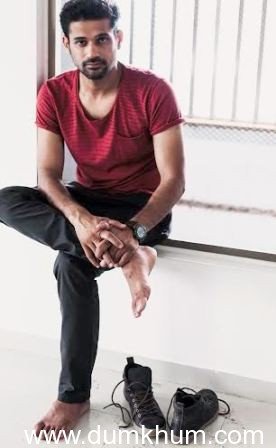 Sohum Shah was hailed as ‘the most brilliant discovery of the year’ for his breakout performance in Ship of Theseus last year, which also won the top prize recently at the National Awards.

Now the news is that Sohum Shah will be seen in a film written and produced by Vishal Bharadwaj. The untitled film will be directed by Meghna Gulzar.

Sohum Shah plays an extremely pivotal role in the film, that of an investigating officer along with Irrfan Khan. “It is a matter of much honor and excitement to share space with Irrfan Khan.I see it as an opportunity to observe and learn from someone who I believe is one of the finest actors working in the world today.”Sohum gushes.

Being a complete outsider from the industry and with no film background, it was Sohum Shah’s dream to work with both, Vishal Bhardwaj and Irrfan Khan. Sohum continues, “As an actor I would like the kind of work that would give me sleepless nights and demand complete submission to my craft. I deeply admire how Vishal Bhardwaj does exactly that to his actors with his wonderfully humane films. I really hope that I get to work with him often and quench my thirst to hopefully portray complexities well.”

This intense thriller which will soon go on floors , will be released next year. This will be the first of three big releases of Sohum, which also includes his ambitious epic home production, Tumbad.  “These are really the exciting times, where a bunch of amazing filmmakers are working today. From Ritesh Batra, Abhishek Chaubey, Anurag Kashyap, Dibakar  Banerjee, Vishal Bhardwaj to Shekhar Kapur, I sincerely hope to collaborate with all these stalwarts soon and often.” Sohum signs off.