So Fascinated by the king of Disco Bappi Da, I Made a Movie’; Dhumketu Punatar, The newbie amongst the Producers, Dhumketu Punatar produced a Musical Comedy movie “It’s rocking… Dard – e – Disco “, bringing on screen the legendary King of Disco Bappi Da who will be acting for the every first time in his entire career on behest of Dhumketu Punatar, the next promising producer to be whose cast some of interesting new comers & finest actors like Rituparna Sen Gupta, Sneha Ullal, Sharad Saxena, Asrani, Shakti Kapoor, Upasana Singh, Arun Bakshi, Aryaman Ramsey, Akshay Kapoor in his maiden venture… Dhumketu Punatar, fascinated by the king of disco, our own Bappi Da, wanted to bring to the audiences a musical comedy film ‘IT’S rocking… Dard- e- Disco’ which showcases Bappi Da who plays role of Disco King, indeed the role no one else could have been able to justify.  Punatar, a well established Businessman off lately into films with the production house ‘Dhumketu Punatar Films’ has now entered in mainstream cinema kick starting with a complete Masala Film to tickle the funny bones of audiences. This movie revolves around 2 brothers Rambo & Rocky (upcoming heroes Aryaman Ramsey & Akshay Kapoor) who unwillingly have been working in their dad’s boring flower business but dream big enough to open their own night club Dard- e- Disco, their idol being DK, Disco King Bappi Lahiri. Like every Bollywood film there is a villain who comes in their way by kidnapping DK & how they save their idol with the help of their Lady love Rituparna Sen Gupta & Sneha Ullal. Bappi Da completes 40 years of being in Bollywood this year, excited to be acting for the very first time in his entire career span, he exclaims, “When Dhumketu approached me for this film, I could not have said a No. the role just fits perfectly. I am highly obliged on learning the fact that one of the reasons Dhumketu produced this movie is for his love for me & my music. I have composed Music too for this film & I can’t wait to see the reaction of my audiences for my acting.” 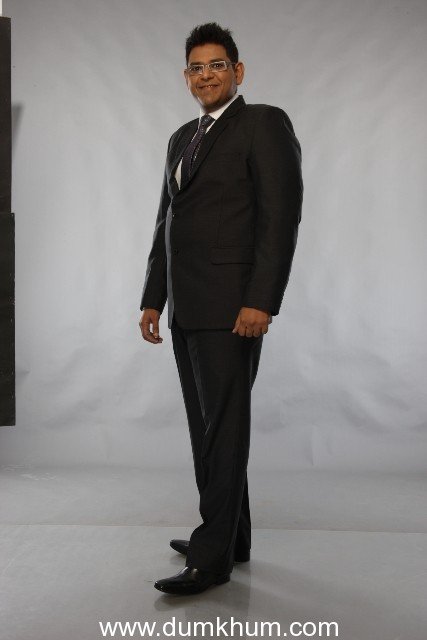 Dhumketu Punatar elated, excited for his upcoming film exclaims, “Entertainment is what audiences are looking for. I chose Film production because that is where my heart lies & with Dard – e – Disco, people will leave the theatre stress free. We have put our heart & soul to make it a feel good movie with a happy ending.”

He adds, “I am not nervous. I am rather confident. The film is masaledaar with its twists & turns and we have Bappi Da’s on board. All I want is the film to tickle the bones of audiences & for all Bappi Da fans to see him act.”

I am a Disco Dancer to Dard- e- Disco, Bappi does it all with his penchant style…

A Successful Maiden by Dhumketu Punatar that it looks to be like… Dard-e-Disco will be rocking!!!