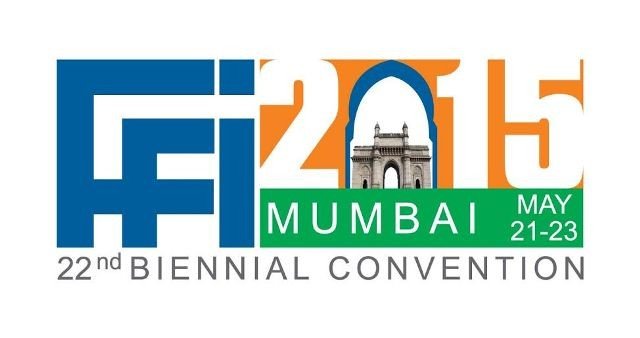 India’s logistics sector is poised for accelerated growth, led by GDP revival, ramp up in transport infrastructure, e-commerce penetration, impending GST implementation, and initiatives like ‘Make in India.’ In the past two decades, Customs brokers have continued to play an important role as key facilitator in India’s international trade. India’s international trade has grown to a value of US$312 billion of exports and US$ 480 billion of imports. Customs brokers have contributed to this growth and have benefitted from this growth. Federation of Freight Forwarders’ Associations in India (FFFAI), the oldest and the Apex Body which is a Sole Representative of 24 Member Associations from all over India representing 5000 Custom Brokers and Freight Forwarders (employing over 1,00,000 people) and controlling ninety per cent of India’s international logistics trade hosts the ‘FFFAI Biennial Convention’ which is the most important event in the industry, with widest participation from the stakeholders in the EXIM Trade. “This year the 22nd FFFAI convention 2015 will be held in Mumbai, the financial and maritime capital of India after 14 years on 21st – 23rd May 2015 at Grand Hyatt, Mumbai. The theme for which is “Inspired India – Surging Ahead On Agile, Adept, Accelerated Logisitcs”. With this Biennial Convention FFFAI strives to keep the members aware of the Industry Changes, Industry Dynamics & gives a platform to share best practices and standards and most importantly to discuss and resolve industry issues. FFFAI has drawn some of the technology and global changes like Smartphone Apps, enhanced attention to safety and security, M&A’s leading to bargaining weightage, change in manufacturing methodology and technology, composition of various modes of transport triggering change and focus on Single Window concept”, said Mr. Amit Kamat, Honorary Secretary in a statement for the announcement of the convention. FFFAI Conventions have witnessed large participation in the past. The last convention in Delhi had a participation of more than 400 delegates. More than 600 participants are expected to register for this convention. The past FFFAI Conventions have been graced by eminent personalities like Late Shri P. V. Narisimha Rao, Late Shri. Y.B.Chavan,Mr. Pranab Mukherjee, Mr. Digambar Kamat, Mr. Sripad Naik to name a few. To keep pace with the dynamic scenario which is changing at an unprecedented level, speed logistics, professionals need to be extremely competitive. Hence this convention’s theme is “Inspired India – Surging Ahead On Agile, Adept, Accelerated Logisitcs”. There will be 5 business sessions centering on the convention theme. The business sessions to be held at the convention will unfold the emerging scenario, get multiple perspectives with insight into global practices and will help the stakeholders chart the way forward. A Trade Fair will also be held on the side-lines of the convention. FFFAI has drawn the following technology and global changes that needs to be factored:

Change in technology governing the documentation and information flow in International trade e.g. Smartphone apps for filing of bill of entry / shipping bill and checking on the status of international cargo; ‘Internet of things’ leading to smart logistics and compliances solutions aligned to the concept of smart cities, smart port, smart borders etc in international trade

Change in priorities for the government – Greater participation in global value chain, responding to free trade agreement, inclusive growth and economic well-being of citizens and enhanced attention to safety and security.

Change in trade dynamics due to merger and acquisition of global players having tremendous bargaining weight age.

Change in level of Government facilitation with focus on Single Window concept due to international bilateral and multilateral trade agreements and also increased compliance of non-tariff barrier and allied laws.

FFFAI is dedicated to direct all its efforts in creating and facilitating an enabling infrastructure and institution and participate in building up of an ecosystem in Exim industry and logistic sector, which not only survives the change but also thrives on the change. FFFAI aims in collectively taking Inspired India surge ahead to earn its place of pride in the annals of history in days to come. Delegates can register for the FFFAI Convention 2015 at www.fffaiconvention2015.org /022 – 67107495.