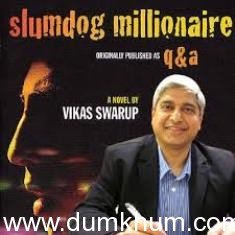 London: Vikas Swarup, diplomat and the author of the international bestseller Q & A, which was adapted into the multi-BAFTA and Academy Award winning film Slumdog Millionaire, will be joined by 100 children for the Launch of The Unity of Faiths Foundation (TUFF), a UK based non-profit, secular organisation that recognises the importance of inter-community dialogue and acceptance as the bedrock of community cohesion and understanding.

Taking place in one of London’s most diverse areas, Southall, on Friday 27th September 2013, Vikas Swarup will participate in a procession uniting over a hundred students from various schools across London to carry the first Torch of Unity. The event reflects TUFF’s 2013 focus on Youth, with the core belief being that in order to sow the seeds of respect and mutual understanding for each other early, it is vital to connect with the younger generation – the ‘voices of tomorrow’.

Vikas Swarup’s debut novel, Q & A, tells the story of how a penniless waiter in Mumbai becomes the biggest quiz show winner in history. Critically acclaimed in India and abroad, this international bestseller has been translated into 43 different languages. It was also shortlisted for the Best First Book by the Commonwealth Writers’ Prize and won South Africa’s Exclusive Books Booker Prize 2006, as well as the Prix Grand Public at the 2007 Paris Book Fair. It was voted winner of the Best Travel Read (Fiction) at the Heathrow Travel Product Award 2009.

The book, and later its film adaptation, was testament to the fact that certain social situations in society such as stratification leads to pressures amongst the youth. Speaking about his participation in the launch of TUFF, Vikas Swarup says: “This is a very worthwhile project and I am absolutely delighted to have been invited”.

The launch coincides with the third annual Unity of Faith Festival, taking place on Sunday 29th September 2013 in Southall Park. With over 30,000 individuals expected to attend, the festival provides London’s multi-cultural community from all backgrounds and age groups, an opportunity to connect, break the barriers of misunderstanding and prejudice. Individuals will unite together against a backdrop of free entertainment, food, drink and social engagement; building up a groundswell of support to the message of UNITY and thus creating ‘Awareness’ about the concept of having FAITH in each other.

As part of TUFF’s ‘Reach Out’ programme, long term and sustainable initiatives are being considered with Schools and Universities to discuss the Unity of Faiths concept with plans to invite learned speakers to converse with and inspire the younger generation. TUFF will also hold a unique International Conference later this year, to be attended by international thought-leaders in the fields of empowerment, humanity and social cohesion, advocators of political and social dialogue for positive change, and personalities across entertainment, sport, popular culture and business. The purpose of the event is to provide a unique platform for ‘Dialogue’, to convey and share ideas and set actions for Unity in communities. Details of forthcoming programmes will be announced during the Festival weekend.

A response to the increased dissonance, cultural and religious divide that has estranged communities nationally and globally, TUFF, acknowledged by President Barack Obama and HRH The Queen, was launched with the mission to UNITE people and communities through the common factor of Faith, irrespective of religious belief, cultural or social backgrounds, and to subsequently create a more stable, tolerant and cooperative future for all. TUFF was the pioneering vision of the founders: Ms. Anna Prior, a former art dealer from Mayfair; Dr. Shamender Talwar, a Social Psychologist from West London and Mr G.S. Malhi, a successful entrepreneur from Southall, who joined them later.

Speaking about the launch of TUFF, the Founders say: “We believe through setting up initiatives at a community and grass-root level, we can build up a groundswell of support and action to the concept of having Faith in each other.

This launch will not only witness the lighting of the inaugural Unity Flame, but will also set alight the conscious Flame of Unity to unite minds all around; igniting and launching various grass root projects for social cohesion and Unity in the Community”.