The atmosphere was thick with excitement as a scintillating mix of Indian and international authors and thousands of lovers of literature gathered together to kick off the third edition of Tata Literature Live! The Mumbai LitFest.

The highlight of the first day was the honoring of Nobel Laureate Sir Vidiadhar Surajprasad Naipaul with the Landmark Literature Live! Lifetime Achievement Award by Festival Director and fellow litterateur Anil Dharker at Tata Theatre, NCPA. A special audiovisual presentation chronicling the life and significance of Sir Vidia’s role in the world of literature was screened, following which he was presented with the Landmark Literature Live! Lifetime Achievement Award as well as a silver plaque along with a shawl and a cash prize of 5 lakhs. 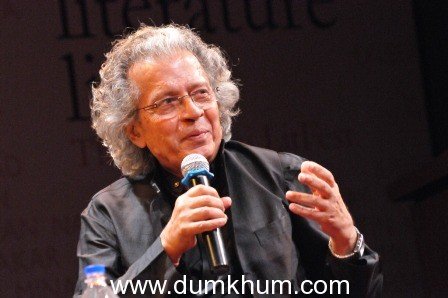 “Sir Vidia is among the most important literary figures of the century and his contributions have undeniably enriched literature for the benefit of humanity,” said Anil Dharker, Festival Director. “His courage and persistence in holding sometimes unfashionable beliefs has made him the universal writer and humanist that he is. This is one of the rare cases where an award is honoured by its recipient!” The Celebrities spotted were 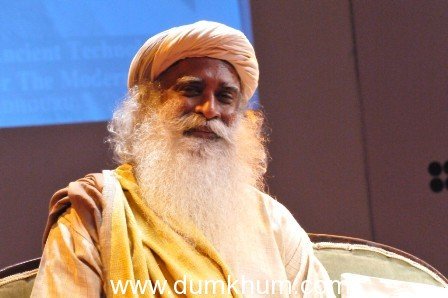 The audience was treated to a session filled with Sir Vidia’s characteristic wit and fierce opinions as he engaged in an onstage conversation with renowned writer and playwright Farrukh Dhondy. Also attending the event was Mr. K. N. Suntook, Chairman, NCPA. 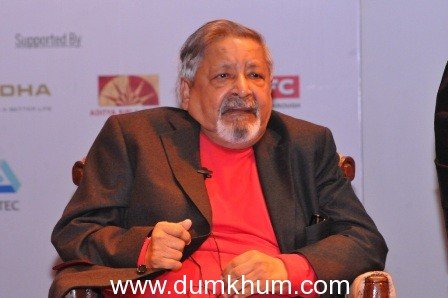 “The thing about writing is that you got to keep on”, said Sir Vidia “Reality alone doesn’t make a book, it involves fantasia as well.”