Manish Gupta has proven his worth as a writer with ‘Sarkar’, he turned director with ‘The Stoneman Murders’ and his latest outing at the box-office ‘Rahasya’ has been critically appreciated and also managed to do well at the box-office.
Rahasya had severe competition from ‘Hawaizaada’ and ‘Khamoshiyaan’ that also released on 30th January. However, the two movies ran for only one and two weeks respectively while Rahasya is currently in its fifth week. Manish says, “These days, the theatrical run of most films is hardly 1-2 weeks. Appreciation from the audience and positive word-of-mouth publicity has made ‘Rahasya’ hold strong and continue till its fifth week. It is an achievement considering the lack of promotion and star power. Hopefully, there’ll be a sixth week.” 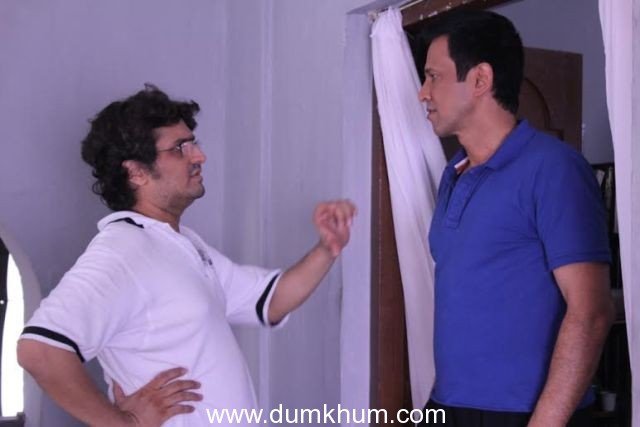 The Director is now gearing up for his next, ‘Sinhasan’ – based on Emperor Aurangzeb’s conflict with his father Shah Jahan for the throne. “I have adapted the story in a modern-day context and I’ve set it against the backdrop of politics in the corporate world. A film like Sinhasan has never been made in India before” says Manish with a calm confidence.
About the CAST?
Manish said, ‘I haven’t signed anyone as yet. And I can’t reveal the names on my wish list either, as actors do not appreciate being named at a preliminary stage. When I officially sign the actors, I’ll make an announcement.”
Star or Actor?
Manish says, “The thin line between an actor and a star has blurred. Today, there are  stars who are actors and actors who are stars. I can work with an actor who may not be a star. But I can’t work with a star who can’t act. Such stars may bring in substantial commercial success but that’s not my motive behind making films.”
Kay Kay Menon?
Kay Kay Menon has been a part of ‘Sarkar’ penned by Manish and he played the main lead in Manish’s directorial ventures ‘Rahasya’ and ‘The Stoneman Murders’.   About Kay Kay Menon, the director says, “He’s an intense actor and I’m definitely working with him again. But I haven’t locked the cast of my film yet.”
The Film is likely to hit the floors soon.