The album was launched by Ace and renowned singer and Music Director “Roop Kumar Rathod”. The evening witnessed soulful performance by Rajeev Mahavir and Aruni Bagga ,Times Music presents the launch of a soulful mesmerizing music album “The sound of Sufi”. Produced by Rajpal Von Khattri and Rajeev Mahavir, the lyrics of the album “The Sound of Sufi” is penned by the celebrated lyricists Rajeev Mahavir, Haider Najmi, Praveen Kumar Ashok, and Anupama Rao., Deepak pandit on Violin and Chintu on Guitar Euphoria the launch of the album “The Sound of Sufi” created drowned everyone in the soothing Sufi music. 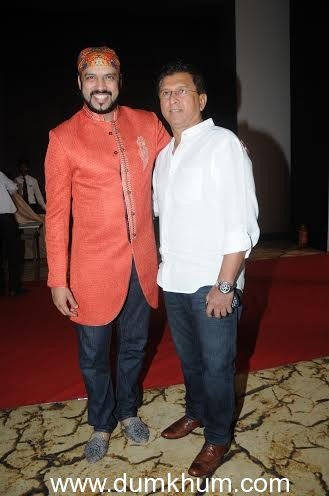 The launch of the album and band was amidst the gracious presence of Roop Kumar Rathod who launched the album in the presence of  Kavita Seth , Mitali Singh,