The multi-starrer sequel to the 2005 adaptation of Frank Miller’s epic graphic novel is all set to hit India on September 5, 2014

The sinners are back! MVP Entertainment (India) will be soon be bringing the much anticipated sequel of the 2005 acclaimed thriller, Sin City, to India in 3D. Like its prequel, Sin City: A Dame to Kill For too is based on the cult graphic novels by the celebrated American artist, Frank Miller. The action packed thriller with a star-studded star cast with names like Jessica Alba, Bruce Willis, Joseph Gordon Lewitt, Eva Green and Lady Gaga among others will be releasing in Indian theaters on September 5, 2014. 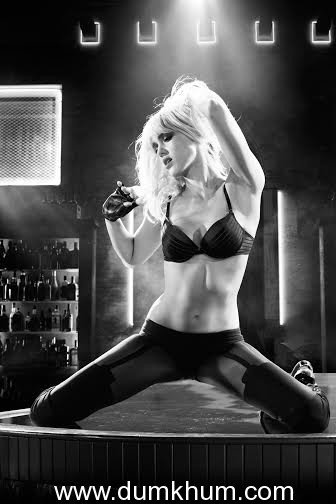 The co-directors Robert Rodriguez and Frank Miller reunite to bring Miller’s visually stunning Sin City graphic novels back to the screen in Sin City: A Dame to Kill For. Weaving together two of Miller’s classic stories with original tales written especially for the sequel, the town’s most hard boiled citizens cross paths with some of its more notorious inhabitants. We see Dwight McCarthy (Josh Brolin) struggle as he is wrapped up in the thralls of femme fatale, Ava (Eva Green) and Johnny (Joseph Gordon-Levitt), a cocky gambler; disguise a darker mission to destroy the biggest villain in Sin City, Senator Roark (Powers Boothe) at his own game. In the vicinity, Marv (Mickey Rourke) regains consciousness on a highway overlooking the Projects, surrounded by several dead young men, and is determined to remember how he got there while exotic dancer Nancy Callahan (Jessica Alba) struggling to cope with John Hartigan’s (Bruce Willis) selfless suicide, goes insane and no longer a damsel in distress, the now black-haired and scarred Nancy is out for blood. Speaking on the release of the movie, Mr. Amit Jethani, Director, MVP India said, “We are extremely pleased to be bringing the much awaited sequel, Sin City: A Dame to Kill For, to India. Frank Miller’s name is synonymous with incredible graphic novels and these films are an opportunity for his fan following of millions to experience Frank Miller’s Sin City, first hand. High on action and drama, like its prequel, Sin City: A Dame to Kill For is sure to find its audience on Indian shores as well.”

Incorporated in August 2005, Multivision Multimedia has established itself as one of the leading film distribution houses in the Indian subcontinent. Multivision Multimedia has achieved an impressive result by acquiring over 260 Hollywood Movie Titles in the past 6 years; releasing at an average nearly 10 films theatrically every year. The movies released since the company’s establishment include such big titles as Wolf of Wall Street and Olympus Has Fallen, Looper, Last Vegas, Crash, The Expendables, & The Hurt Locker.