Sidharth turns fashionista of the year! 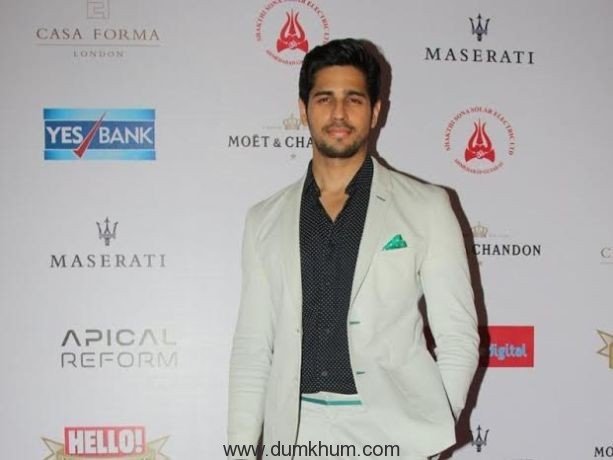 Sidharth Malhotra’s effortless style sense is not only a huge rage amongst his audience but is also one of the most adoptable styles in today’s times. The actor who is largely applauded for his impeccable style sense never fails to surprise with his appearances. Be it casuals or dapper formals, Sidharth gets heads turning by putting his fashionable foot forward.
Sidharth also bagged the title of ‘Haute Stepper’ at Hello Awards. This is Sid’s second award dedicated to his Fashion sense. The young actor attended the awards dressed in suave formals teaming his black and white suit with a dash of green colour. His fresh styling sure proves to be a fashion manual.
Sidharth adds, “It has been an overwhelming month. There have been congratulatory messages coming in for my work in Kapoor and Sons and I’m extremely glad and thankful for so much of love that the audiences have given me. And now this award, it feels very special and I want to try and do my best in all manner”!
Sidharth also won the ‘Full Of Life Performer Of The Year’ award which was announced on the basis of an online poll. Sidharth’s audience and his vast fan following on social media sure is winning the actor a lot of titles! The actor is currently basking in the love coming his way for Kapoor and Son’s and is filming for his upcoming venture Baar Baar Dekho.