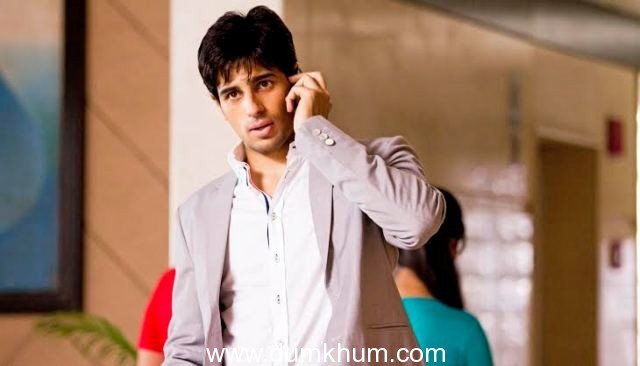 Sidharth Malhotra who had his female fan base swooning over his looks in Student of the Year as he made his big Bollywood debut with the film, is cutting out the frill,this time around, with all focus on his performance in Dharma Productions & Phantom Films’ Hasee Toh Phasee.

If sources are to be believed, Anurag Kashyap, one of the Directors at Phantom Films, who are producing the film along with Dharma head honcho Karan Johar, is so impressed with the young lad that he is planning to write a film keeping him in mind!

The few who have seen the film have been all praise for Sidharth in the cuckingfrazy entertainer especially Anurag Kashyap who is a tough taskmaster to please – Says a source, “While SOTY established Sidharth’s fan base,Hasee Toh Phasee is here to introduce Sidharth Malhotra-the actor. Just 2 films old,the actor has managed to impress some of the biggest names in the industry ,the latest being Anurag Kashyap who is very impressed with Sidharth and is keen on writing a film keeping him in mind”.

Anurag said, “Sidharth is fabulous in the film and the kind of restraint and focus he has shown in Hasee Toh Phasee is impressive. He is so real and believable to the extent that I did not expect it from him.”

Directed by Vinil Mathew and produced by Dharma Productions and Phantom Films, ‘Hasee Toh Phasee’ is slated to release on February 7.