Sidharth hosts a special screening of Ek Villain for his friends in the Industry ! Sidharth will be seen in a very different avatar in Ek Villan. The young actor is very nervous and is anxious for the film to release. The young actor has been in a hectic promotion schedule for the film. He visited Ahmedabad and then directly came to the airport from the screening. 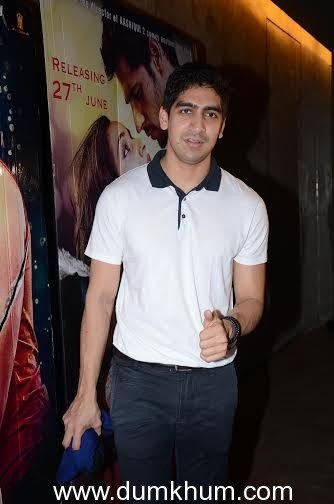 Ek Villian will mark Sidharth’s versatility as an actor. He made his debut with Student of the year and then did Hasee Toh Phasee. Both films earned him accolades and a huge fan following. However with Ek Villian he will be seen pushing the envelop as an actor.