Shri Pranab Mukherjee on his maiden visit to Mumbai as the President of India;
To inaugurate INDIA CHEM 2012 International Conference on Thursday. 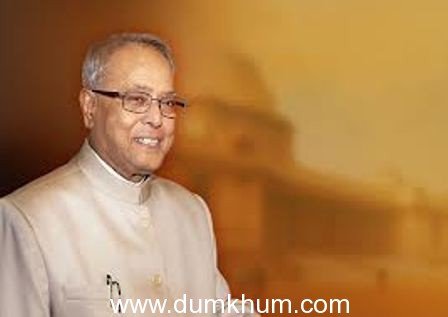 To promote the Indian Chemical Industry, Department of Chemicals & Petrochemicals, Government of India & Federation of Indian Chamber of Commerce and Industry (FICCI) have jointly been organizing the “INDIA CHEm” series of events every alternate year.

These events provide a platform to the Indian chemical industry to showcase its potential to an international audience. As also, the participation of major international players in the chemical, petrochemical and pharmaceutical sectors exposes the Indian industry to the international developments.
The 7th edition of INDIA CHEM is being held from 4-6th October 2012 at Mumbai to be inaugurated by the President of India, Shri Pranab Mukherjee.  Governor of Maharashtra Shri K Sankaranarayanan,  Chief Minister Shri Prithviraj Chavan and the Union Minister for Chemicals and Fertilizers, Shri M K Azhagiri will also be present at the event which is being attended by the leaders of the chemical and petrochemical industry.
The theme of the India Chem 2012 Conference is “Emerging India: Sustainable Development of the Chemical Sector”. It underscores the importance and the role of chemical and petrochemical industry in the Indian economy. The sector is contributing about 14 % of overall index of industrial production in the country as also accounts for 10 % of country’s overall exports.
The International Conference includes three concurrent seminars  including  “Chemicals from Coal” being organized in association with the Indian Institute of Chemical Engineers , “Chemicals Safety” which is being organized in association with Organisation for Prohibition of Chemical Weapons. This seminar on Chemical Safety is being held on 6th October, 2012. The CEOs Conclave in which captains of industry will have interactive meeting with Sh. Srikant Kumar Jena, MOS(Chemicals & Fertilizers) and representatives of Govt is expected to provide a platform for exchange of views.
The international exhibition which is being held at NSE Complex, Bombay Exhibition Centre, Goregaon is being participated by 274 companies  including 140 international companies from  countries like, USA,  Germany,   Japan, China, UK and South Korea.
Concurrently, an International Reverse Buyer Seller Meet in the chemical sector is being organized by the   CHEMEXCIL, India Export Promotion Council, of Ministry of Commerce & Industry, Government of India. Buyers from focus markets including those from Latin America, Africa and South East Asia are taking part in same.  Ends
PIB Mum/MD/SB