‘Poshter Boyz’, Actor-Producer Shreyas Talpade’s next production, which comes after a span of 5 years post the first production under his banner Affluence Movies Private Limited, has completed its principle shoot and the post production is on in full throttle. In the midst of the laborious yet ever enjoyable task of creating a great product the crew had another exiting shoot at film city today. When the crew reached the location they were all in for a big surprise.

When the team reached the set they were told that the song will also feature Shreyas himself. Originally, the song was to be shot with the films 3 leading actors Dilip Prabhavalkar, Aniket Vishwasrao and Hrishikesh Joshi. Speaking on the subject Shreyas said, “I was positive that I will not be acting in the film. I think it is important for a producer to be able to take detached harsh decisions. This is tough to do if you act or direct in the film.” 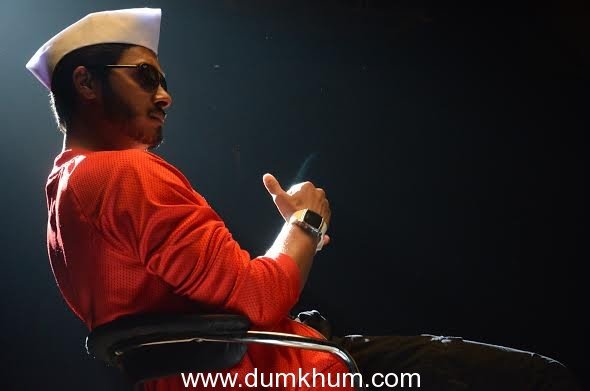 When asked about his presence in the promotional number, Shreyas said “Late last evening I was sitting with my producer Deepti Talpade, co-producer Hadi Ali Abrar and director Sameer Patil this came up. Initially I was a bit reluctant but my team was convinced that my presence in the video will increase its reach, so I gave in. But then we decided not to tell anyone else and let it come as a surprise to the rest of the team. It’s my first Marathi ‘item number’ as they call it and I hope the audience likes it.” The promotional number is also the title track of the film. Composed by none other than the legendry singer – composer Leslie Lewis the song has a perfect mix of traditional Marathi rhythm and the modern sound. The song also has Marathi rap sequence in it. The song will be released soon online for general public

Shot across real locations across Western Maharashtra, Poshter Boyz stars Dilip Prabhavalkar, Aniket Vishwasrao, Hrishikesh Joshi, Pooja Sawant, Neha Joshi, amongst others. Other credits include Producer and Costumes by Deepti Talpade, story and dialogues by Sameer Patil, screenplay by Sameer Patil and Charudatt Bhagwat, and cinematographer by Pushpank Gawde. The film is slated to release on 04th July 2014.