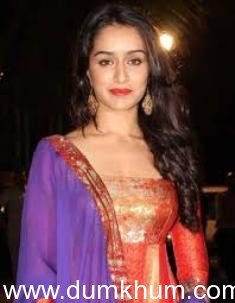 A source said ” When Shraddha read the script, she really liked it. Since she also wanted to work with the banner, she agreed to come on board instantly without any remuneration. Her role isn’t a lengthy one, but she plays an important part. Her role is crucial to the storyline.”

Punit Malhotra the director of the movie said  “I bumped into Shraddha outside a theatre on the day I Hate Luv Storys (2010) released. I’ve known her since then.When we wrote the character of Vasudha, I had her in mind, so I casually met her for coffee and sounded her off about the role.She read the script over the weekend, and without batting an eyelid, said yes. She came on board as a friend and we have credited her part as a friendly appearance. Shraddha was very sweet to work with.”