Shraddha Kapoor’s singing debut creates a social buzz all around ! 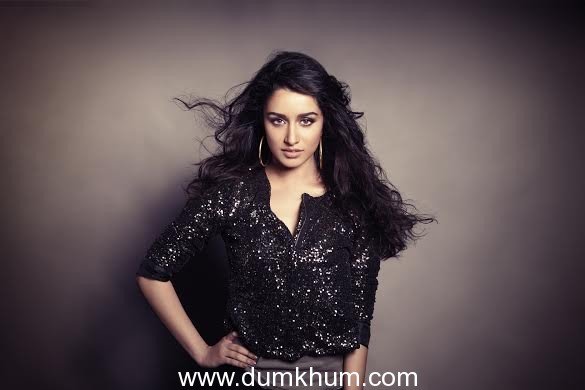 Shraddha Kapoor’s singing debut in her upcoming film Ek Villain, ‘Galliyan Unplugged’ has earned her accolades from all quarters. The audiences audiences as well as people from the industry have all been high on praise for the young actor.

Shraddha’s phone was ringing no-stop after the song released. Even her social network platforms such as Twitter as well as Facebook has been abuzz.
So much so that the song was even trending on Twitter.

Shraddha Kapoor says, “The positive feedback that i have received on my version of Galliyan has been overwhelming. Even the reaction on Twitter has been amazing.”

Shraddha comes from a music family but has not practiced in a while. She took a chance and recorded the song. But it was turned out fantastic.
Shraddha’s song turned out beautifully. The makers were so appreciative about it that they even landed up using her voice in the trailer as back ground which was initially part of the plan.
Coming from a music family, she had trained as a child. Shraddha knows the basics but has not practiced in years. She has sung the song beautifully and has surprised everyone.
Compiled below are a few comments from twitter:
Prachi Desai “@ShraddhaKapoor told you, your voice is enchanting!! In love with teri galliyan unplugged, so beautifully sung… now playing on loop :)”
Riteish Deshmukh “your voice is the soul of the promo”
Ileana Dcruz “Whoa!!! @ShraddhaKapoor I’m a fan after listening to #Galliyan!! Jeez ur voice gave me goosebumps! U need to sing more!!! Trust me!”
Punit Malhotra “@ShraddhaKapoor Bowled over by your voice and the track… Loving Galliyan!!! On repeat :)”