Shraddha Kapoor dazzles in the recent pictures, slays in the classy purple pantsuits 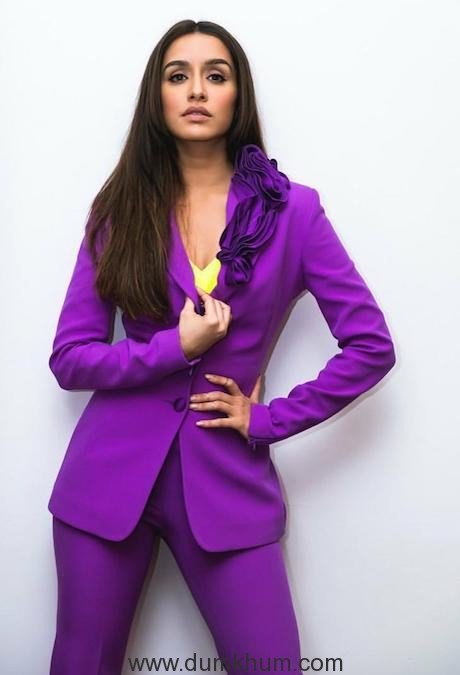 Basking in the success of back to back super hit films of last year Stree, Saaho and now Chhichhore, Shraddha Kapoor attended a special interactive session with the youth.

During which the actress wore a classy purple pantsuit with neon vest inside where she looked like nothing but perfection. Having minimal makeup and breezy open hair, Shraddha Kapoor killed in the recent picture.

Actor Shraddha Kapoor who was seen as a cop in her film Saaho and a beautiful college girl in Chhichhore, the actress has given versatile performances in two different films. Shraddha Kapoor’s fans went gaga over her during the recent event and seen in unique avatars and this time too, she’s getting love from her fans across the country.

Fans can’t keep calm to watch her in her next release Baaghi 3 opposite Tiger Shroff.

The actress has kickstarted shooting for her upcoming film Baaghi 3 as she posted some pictures from the sets of Baaghi 3 and had shared some pictures on her social media handles which have just increased the excitement levels of the fans.