Shraddha dedicates her social media cover photo to all her Fans! 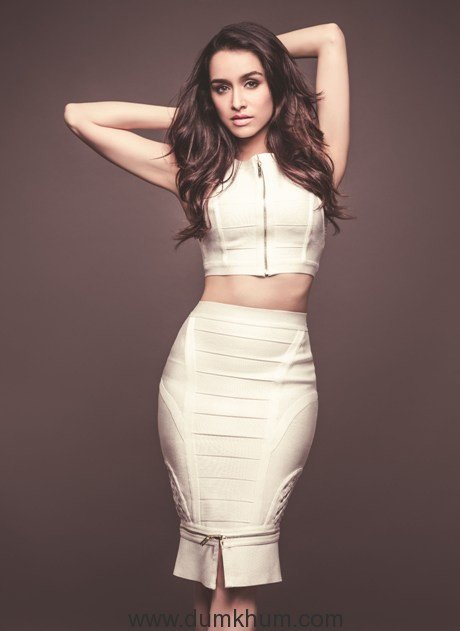 Shraddha Kapoor recently changed her Facebook timeline cover picture as a gesture for thanking all her fans. Recently the actress dedicated her entire Facebook page to her fans by making a collage which encompasses Shraddha and her fans from across quarters and putting it as her cover picture. The collage in a way is a thanks giving token dedicated to her fans.

Shraddha who has always been witnessed sharing great moments with her fans and in turn her receives enough and more love from them is overwhelmed and has proven that all her fans mean alot to her.

The actress has shown a sweet gesture by thanking all her fans for their love and response. The collage speaks out for Shraddha’s love for her fans and her fondness towards them. The picture consists of several moments of Shraddha with all her fans and displays all her memories that she has shared with them. Fans are seen spilling love all over her Facebook timeline which has devastated Shraddha.

Shraddha Kapoor has always made a point to let her fans know how much they mean to her, one such moment was when Shraddha was in New York she met an ardent fan of hers who Shraddha spent an entire day with where she had lunch with her and even took her to the film set where she was shooting for her upcoming film.

Shraddha Kapoor’s popularity has no age barrier and have fans following across the globe. The actress has charmed different sections of the masses with her multiple skills and beauty.

Shraddha Kapoor is now into preps for her upcoming biopic Haseena and will soon be seen in Ok Jaanu opposite Aditya Roy Kapoor which is all set to release on January 13, 2017 following which she also has Half girlfriend.