“SHOOTOUT AT WADALA” on Aaj Tak 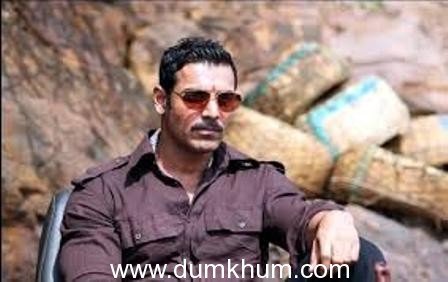 New Delhi,  India’s leading Hindi Channel Aaj Tak has exclusively partnered with the upcoming movie “SHOOTOUT AT WADALA”. Based on the book “Dongri to Dubai” authored by Hussain Zaidi, “SHOOTOUT AT WADALA” is an unbelievable true story of the first ever encounter in Bombay. The first-ever registered encounter by Mumbai police in 1982 highlighted the organized crime & Fight within the Mumbai under world.

Aaj Tak’s top program “Vardaat” has been one of the best crime shows on Television since last 8 years. The channel has decided to do a 6 episode special series on most talked about encounters in the crime world. The series has been conceptualized to showcase some of the encounters that shocked the nation. Starting with the recent encounters, the grand finale will focus on the first & the most famous “SHOOTOUT AT WADALA”.

Ekta Kapoor’s Balaji Motion pictures & Sanjay Gupta’s White Feather Film  has put up a formidable cast of leading actors & actresses  that includes John Abraham, Manoj Bajpayi, Anil Kapoor, Kangana Ranaut, Tushar Kapoor, Sonu Sood, Mahesh Manjrekar & Ronit Roy. This Year’s most awaited film is tipped to be a blockbuster and one of the biggest hit on the year and is a prequel to the franchise’s previous masterpiece – Shootout at Lokhandwala.

“Vardaat” special programming around “SHOOTOUT AT WADALA” exhibits the differential content of the channel and its promise for innovative and audience centric program. The channel has also launched an explosive promo for this upcoming campaign & is to be launched soon. The channel is also planning to do a concert on the upcoming event for the Youth of the nation.