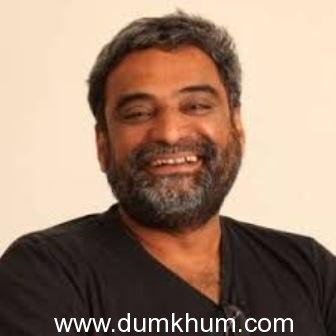 R.Balki’s ambitious next Shamitabh starring Amitabh Bachchan,Dhanush and Akshara Haasan will be the Bollywood’s first movie to be shot in Finland – The cast and crew recently left for the Nordic country to shoot at Lapland , the largest region of Finland , also known as “The Land of Santa Claus” and the Artic Circle , locations that have never been seen in Hindi films this far.

If sources are to be believed, shooting for the entertainer in Finland has turned out to be quite the adventure ,as the crew were stuck in the mountains .The region saw a heavy snow storm, so much so,that no vehicle or chopper could come to their rescue. Had the crew stayed back,they would have had to brave a minus 8 degree temperature , not to mention, have no help for the next 24 hours minimum. That was when the entire crew along with Dhanush,director R.Balki,choreographers Bosco Caesar and 33 people including 15 women trudged 10 kms carrying equipment at 3 am in the night.

Confirming the news says director R.Balki, “All went off well – Though it was an adventure for all of us , thinking of it now , it was very challenging and something none of us will forget”.