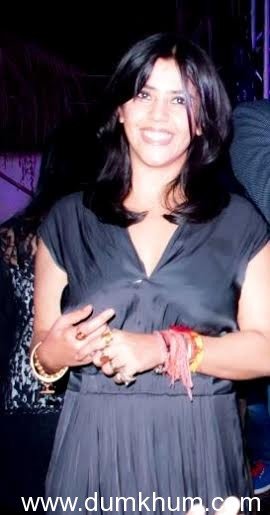 Despite being a production house that has often pushed the envelope with their choice of scripts, this time when they are bringing erotica onscreen, Balaji Production head honcho, Shobha Kapoor felt it was best exclude her name from the credits.
According to the sources who have worked on XXX, the lady thought it was best not to include her name given the risqué content of the film.
Given the lady has brought the company blooming along with daughter Ekta Kapoor, and has been a nurturing figure of the organization so when she decided to excluded from the said project everyone seemed to understand, “The content of the film is staying true to the premise of erotica, while it is a subject that is intriguing to all it is something no one feels comfortable seeing around your parents so it’s completely understandable that Mrs. Kapoor felt it best to keep away from it. She has been there as a producer in every possible way. We are more than glad about that.”