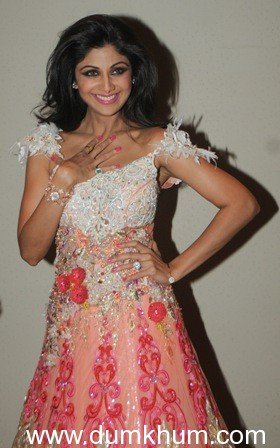 It is a well-known fact that Shilpa Shetty Kundra has bagged the ‘yummy mummy’ tag ever since she became a mother and has inevitably always scored brownie points for her style…and how courtesy her svelte figure, glowing skin and an effervescent personality always accompanied with that hundred watt smile .The country now celebrates that fact as the actress turned producer , recently emerged the Yummiest Mummy in India as per the recent AC Nielsen poll.

When contacted, an elated Shilpa said, “The poll results have come to me as a huge surprise and I’m truly flattered. I give credit to a balanced diet, dedicated fitness routine and my genes.”